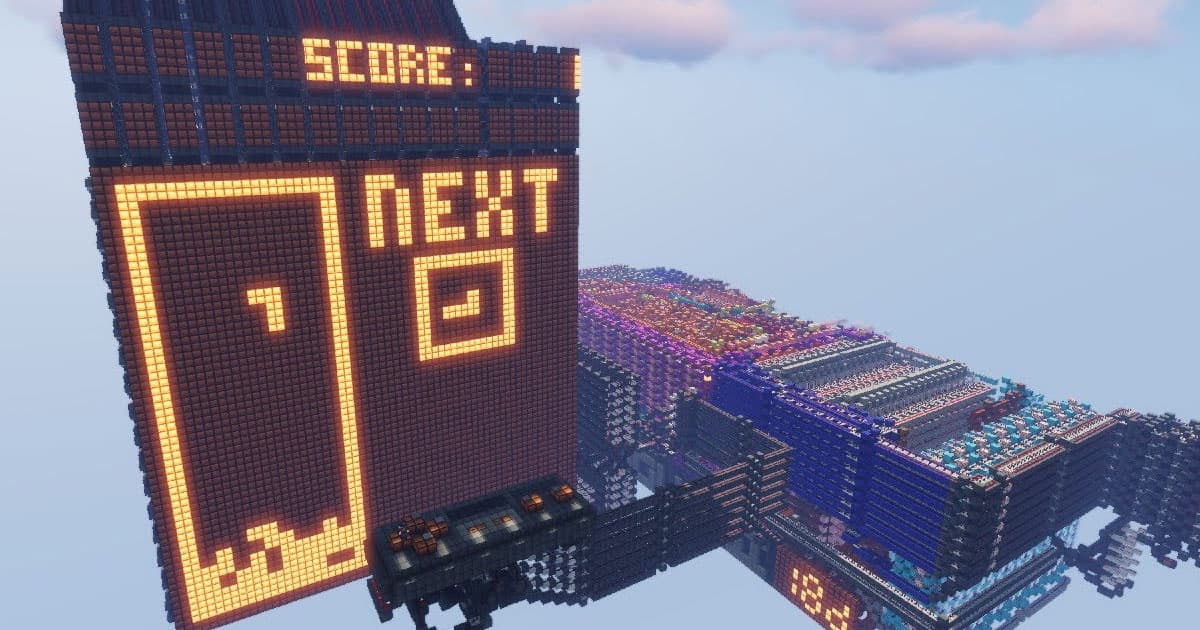 Genius Builds Computer Inside Minecraft That Can Run Its Own Games

Anybody up for an extremely slow game of Snake?

Anybody up for an extremely slow game of Snake?

A Minecraft player has successfully built an 8-bit processor inside the video game in an impressive and meta demo, as spotted by PCWorld.

The master crafter, who goes by the handle "Sammyuri," built the processor, dubbed Chungus 2 (Computation Humongous Unconventional Number and Graphics Unit) over a span of seven long months.

The resulting virtual processor — assuming that each block is a meter in length and height — would be as tall as a 20-story building if built in real-life.

Thanks to its one hertz clock speed and 256 bytes of RAM, the processor is capable of running simple games like Snake or Tetris on a 32x32 screen. To manipulate the buttons, the Minecraft avatar has to jump on block-sized buttons, as seen in a video uploaded to YouTube.

It's an extremely impressive demonstration of what's possible inside Minecraft. But one hertz isn't exactly blazing fast, either.

"I should probably have made this clearer in the video but all programs shown were sped up by a factor of between a hundred and a few thousand times in order to make them actually playable/watchable in real time," Sammyuri wrote in a comment on their video. "While 1Hz is definitely fast for a [Minecraft] processor, it's nowhere near as fast as the video may make it out to be."

Despite having launched well over a decade go, Minecraft has proven itself to have incredible staying power. Especially during last year's lockdowns, more and more people, children, teens, and adults alike, are spending time on one of the game's many servers — and they're getting more creative than ever.

READ MORE: This 8-bit processor built in Minecraft can run its own games [PCWorld]

Russian Block
Teen Sentenced to Prison for Plotting Terror Attack in Minecraft
2. 11. 22
Read More
All the News That's Fit to Mine
This Virtual Library in Minecraft Gives a Voice to Censored Journalists
3. 14. 20
Read More
Cow Chow
Bill Gates Gives $12 Million to Flatulent Australian Cows
Yesterday
Read More
+Social+Newsletter
TopicsAbout UsContact Us
Copyright ©, Camden Media Inc All Rights Reserved. See our User Agreement, Privacy Policy and Data Use Policy. The material on this site may not be reproduced, distributed, transmitted, cached or otherwise used, except with prior written permission of Futurism. Articles may contain affiliate links which enable us to share in the revenue of any purchases made.
Fonts by Typekit and Monotype.