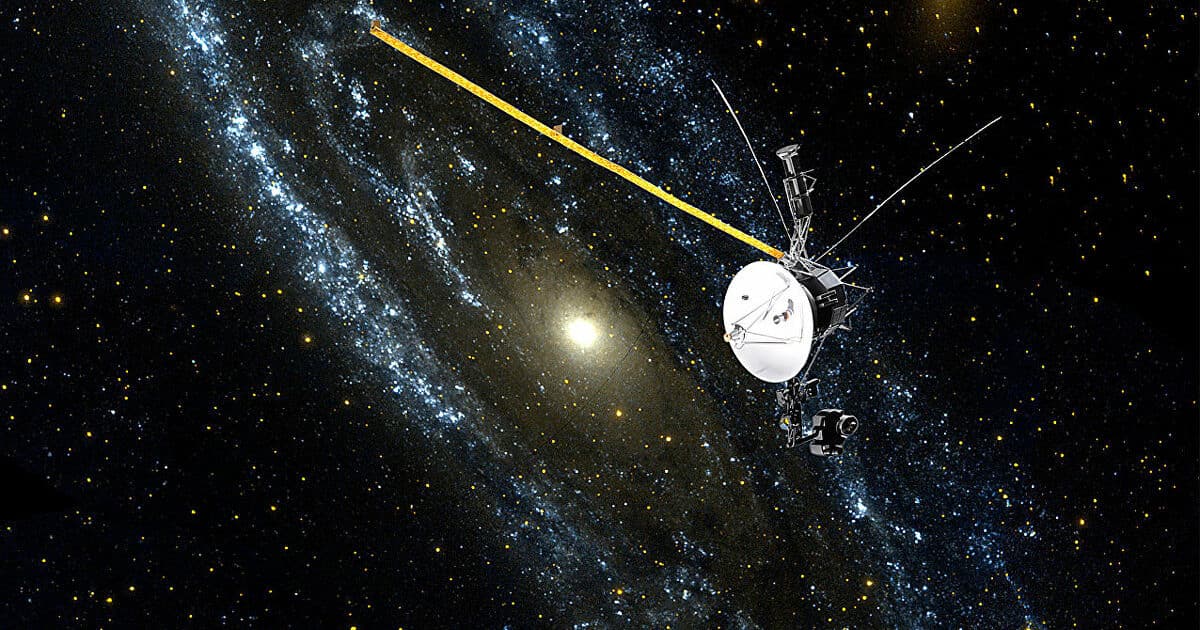 New Voyager Readings: Space Is Much Denser Outside Solar System

Voyager 2, a space probe launched in 1977 that finally made its way out of our solar system in 2018, is recording some weird data out in interstellar space.

As it passed the boundary of our solar system, Voyager 2 picked up on an increase rather than a decrease in the particle density in its surroundings, according to ScienceAlert. Based on the assumption that it's, well, the void of space, astronomers expected the density of interstellar space to drop — but now Voyager 2 is confirming similar reports from Voyager 1 years prior.

Before either Voyager probe left the solar system, scientists expected interstellar space to have a plasma density of just 0.002 electrons per cubic centimeter, ScienceAlert reports. But the probes actually measured much higher values as they exited the solar system, according to research published in The Astrophysical Journal Letters. Voyager 1 recorded a density of 0.055 in 2013, and Voyager 2 recorded 0.039 in 2019.

Since then, both probes have been measuring even higher plasma densities, the University of Iowa research found, suggesting that the space they're traveling through is actually getting more packed with stuff as they venture farther away.

The scientists have some possible explanations, like magnetic interference packing electrons around the solar system's border or solar winds creating a dense wall of particles that blew out of reach. But it may take a new generation of space probes to find out what's really going on.

"It is not certain," the researchers wrote in their paper, "whether the Voyagers will be able to operate far enough to distinguish between these two classes of models."

READ MORE: Voyager Spacecraft Detect an Increase in The Density of Space Outside The Solar System [ScienceAlert]

More on interstellar space: NASA Imaged the Bubble Around the Solar System and… Yikes

The Hum
NASA Detects "Hum" Coming From Beyond Solar System
5. 10. 21
Read More
Far Out
Voyager 2 Just Entered Interstellar Space
12. 10. 18
Read More
Bad Bots
Oxford Scientists Warn AI Could Be More Deadly Than Nuclear Weapons
6:13 PM
Read More
+Social+Newsletter
TopicsAbout UsContact Us
Copyright ©, Camden Media Inc All Rights Reserved. See our User Agreement, Privacy Policy and Data Use Policy. The material on this site may not be reproduced, distributed, transmitted, cached or otherwise used, except with prior written permission of Futurism. Articles may contain affiliate links which enable us to share in the revenue of any purchases made.
Fonts by Typekit and Monotype.