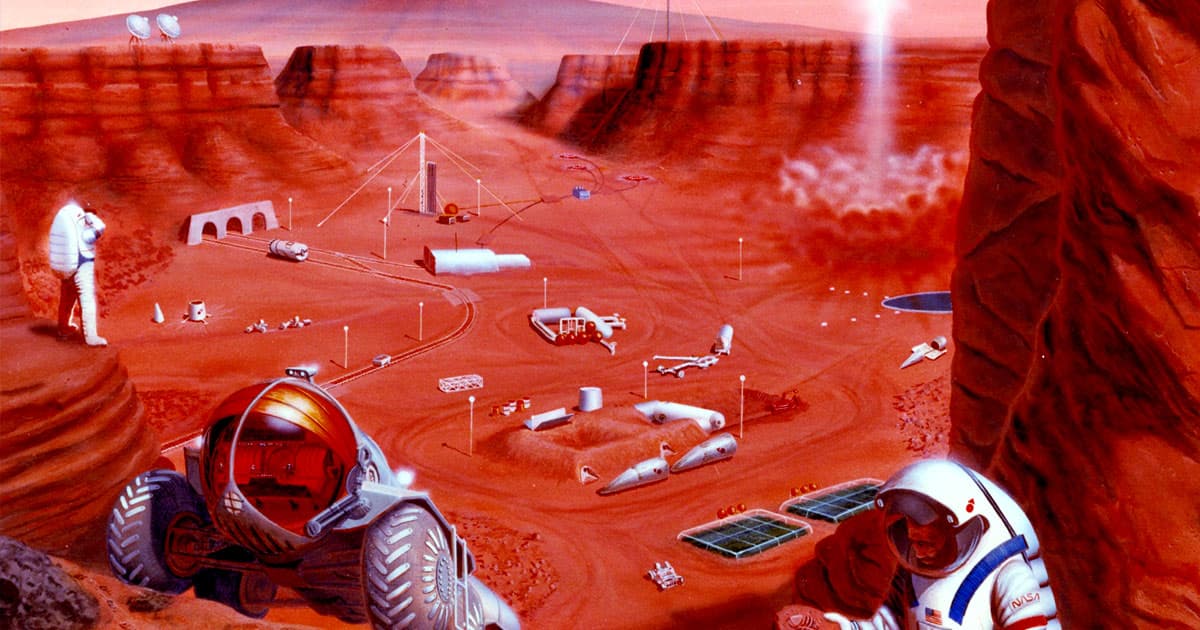 According to New Equations, a Mars Colony Would Need This Many People

The first Mars settlement could thrive with fewer people than expected.

The first Mars settlement could thrive with fewer people than expected.

A French computer scientist developed a complex series of equations to predict the smallest number of Mars settlers needed to establish a successful, self-sustainable community on the Red Planet.

The number he arrived at — just 110 intrepid explorers, who could all fit in a pair of SpaceX Starships, if they can actually carry 100 passengers each — seems shockingly low considering the countless challenges of establishing a permanent presence on a new planet for the first time. But Universe Today reports that the researcher, Jean-Marc Salotti, of Bordeaux Institut National Polytechnique, focused on one key metric: how cooperatively the settlers would work toward their shared survival.

The math in Salotti's research, which was published this month in the journal Scientific Reports, gets a bit complex. But the end result is a simple graph showing that once the settlement has 110 people, they can successfully work together on tasks that benefit the group at large — like building facilities that harvest drinking water — instead of fending for themselves.

"If each settler was completely isolated and no sharing was possible," Salotti writes in the research, "each individual would have to perform all activities and the total time requirement would be obtained by a multiplication by the number of individuals."

Of course, there are many challenges that need to be solved before we can settle Mars. But Salotti argues in his research that establishing models like these could help space agencies create data-driven plans for the endeavor.

"Our method allows simple comparisons, opening the debate for the best strategy for survival and the best place to succeed," he wrote.

More on settling Mars: Reality Check: It Would Take Thousands of Years To Colonize Mars