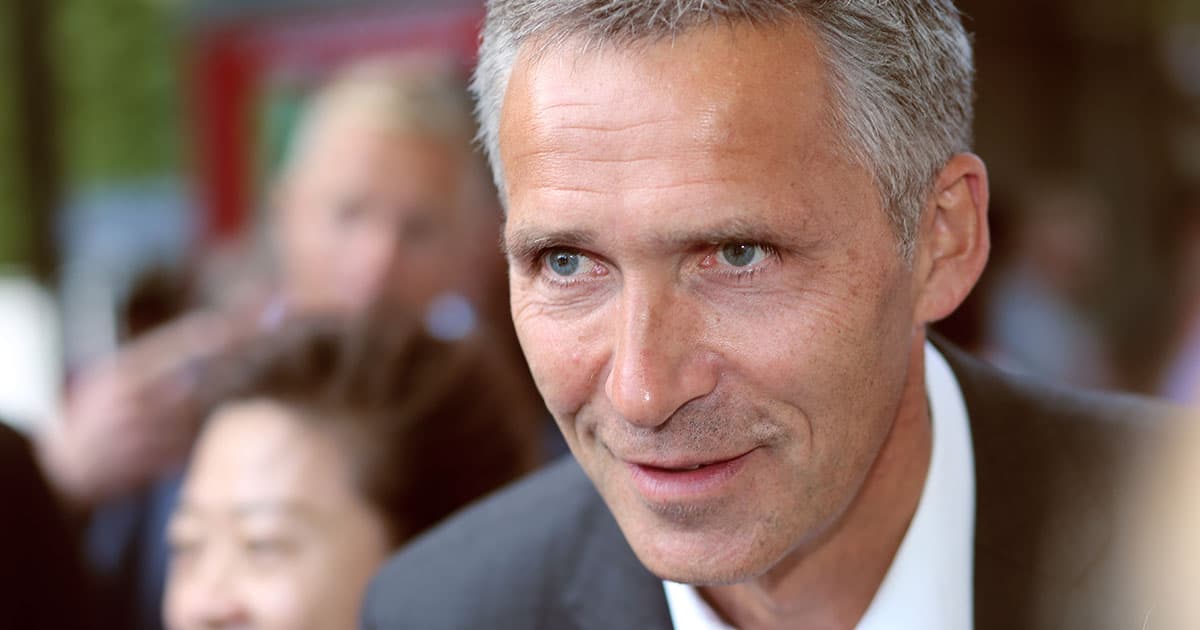 But the organization promises not to deploy any weapons.

But the organization promises not to deploy any weapons.

Prior to this week, the North Atlantic Treaty Organization (NATO) — a military alliance between 29 European and North American nations — operated in four domains: air, land, sea, and cyberspace.

But on Wednesday, Jens Stoltenberg, NATO’s secretary general, announced the organization's intention to add a fifth "operational domain" to its purview: space.

During a meeting in Brussels, Stoltenberg told reporters that NATO will begin taking action to protect its members' interests in space.

"Space is extremely important for all civilian and military activities, for communications, for navigation, for the transmission of data, so of course space and satellites are of great importance for all NATO Allies," he said. "We will not weaponise space, we will not deploy weapons in space, but we make sure that the assets there are available in peace, crisis and conflict."

NATO's decision to make space an operational domain aligns with the activity of several nations, both within and outside of the treaty.

In August, the United States launched the U.S. Space Command to oversee its off-world military operations. A month prior, French Defense Minister Florence Parly announced that the nation was developing anti-satellite weapons to protect its interests in space. And earlier in 2019, the Pentagon reported that both Russia and China were building their own space weapons.

Given those developments, NATO might not plan to weaponize space. But if backed into a corner, it might not have much of a choice.

READ MORE: NATO leader identifies space as the next 'operational domain' [The Guardian]

More on space warfare: Officials: US Space Command Will Launch This Month

A Whole Saga
US Government Confirms That Interstellar Object Crashed Into the Earth
4. 11. 22
Read More
From Russia With Love
Expert: No, Russia Isn't Going to Pull Its Modules to Sabotage the ISS
2. 14. 22
Read More
Star Wars
New Book: The US Is in a "Shadow War." Space Is the Battlefield.
6. 11. 19
Read More
+Social+Newsletter
TopicsAbout UsContact Us
Copyright ©, Camden Media Inc All Rights Reserved. See our User Agreement, Privacy Policy and Data Use Policy. The material on this site may not be reproduced, distributed, transmitted, cached or otherwise used, except with prior written permission of Futurism. Articles may contain affiliate links which enable us to share in the revenue of any purchases made.
Fonts by Typekit and Monotype.