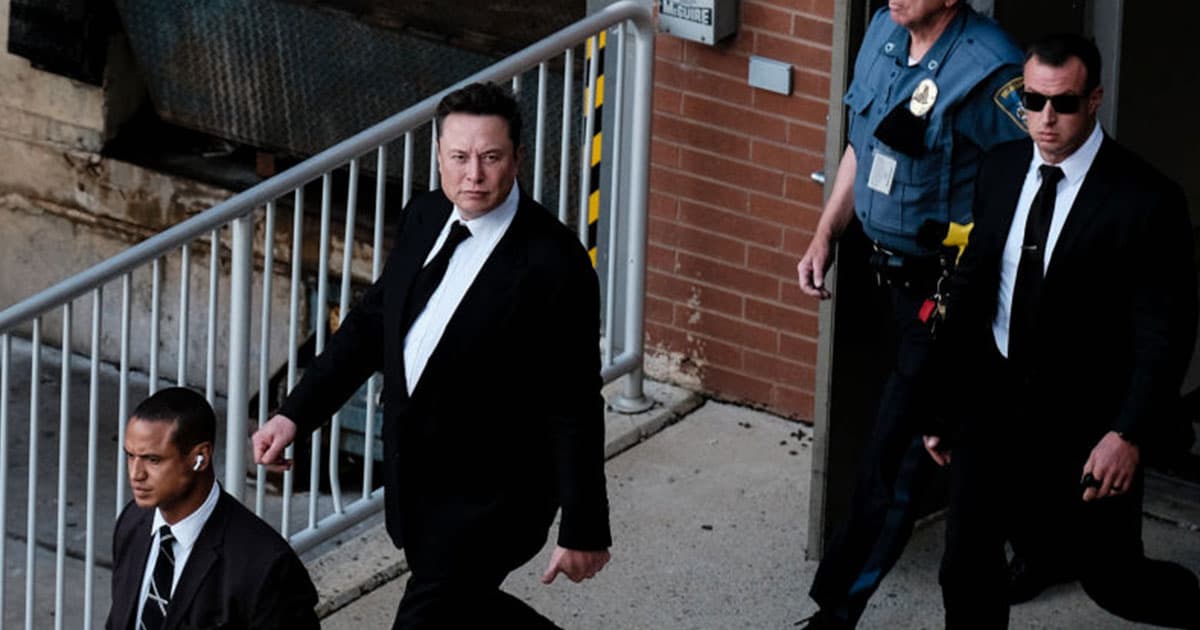 It kind of makes sense.

It kind of makes sense.

Following Elon Musk's ill-advised foray into Twitter-mediated foreign policy, Bloomberg reports that the Biden administration might perform a national security review of the mercurial billionaire as well as some of his business ventures.

Sources told Bloomberg that the involved officials, which includes members of the intelligence community, are particularly concerned about Musk's threat to cut off Starlink access for Ukrainians as well as his plot to buy Twitter with the help of foreign investors, including Saudi Arabian leader Prince Alwaleed bin Talal, the crypto exchange Binance, and Qatar's sovereign wealth fund.

You know, the kind of folks that the US government would love to see have a stake in a mainstream social media platform.

There are no set-in-stone plans to investigate Musk just yet; officials are reportedly still weighing their options. But considering Musk's recent antics, we'd not be surprised by an eventual national security review.

To recap, the billionaire has been extra chaotic as of late, taking to Twitter earlier this month to spell out why he thinks that Ukraine should give in to Russia's demands, and hand over control over Crimea.

Days later, he complained that providing Ukraine with Starlink internet terminals and service — which has become the embattled nation's primary means of internet access — had become too expensive, days after one Ukrainian official told him to "f*** off. "

Musk's tumultuous Twitter bid is only adding to the chaos. The Washington Post reported earlier today that, if he were to acquire the social site, which is looking increasingly likely, Musk plans to cut Twitter's workforce by an astonishing 75 percent — a move that could throw the platform into disinformation, hate speech, and spam bot hell.

That all being said, Musk also happens to be the world's richest person, and has extensive ties with a number of US government institutions, especially when it comes to NASA and SpaceX's collaboration on exploring space.

For now, we still don't know whether the government will actually carry out a national security review — but perhaps it's only a matter of time.

More on Elon's foreign policy: Elon Musk Warns "Civilization Is Over" If Ukraine Doesn't Give in to Russia