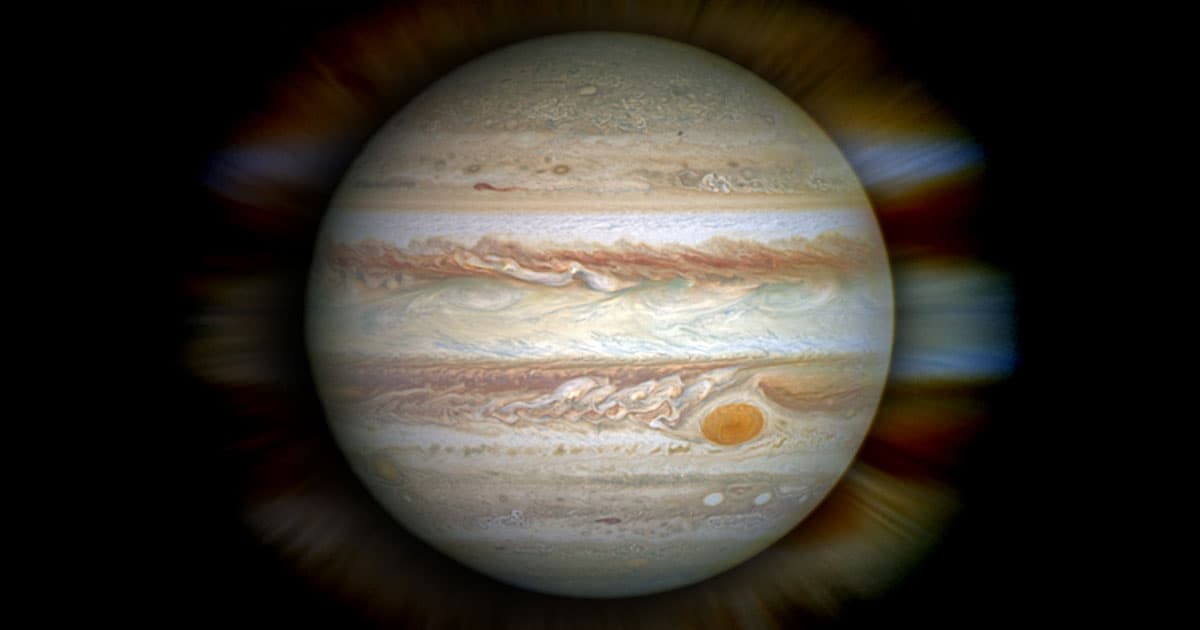 It's the highest energy light ever detected from a solar system planet other than Earth.

It's the highest energy light ever detected from a solar system planet other than Earth.

Using the NASA’s NuSTAR space observatory, scientists observed a blast of high frequency X-rays emanating from the planet, the highest energy light ever detected from a solar system planet other than Earth, according to a NASA statement.

"It’s quite challenging for planets to generate X-rays in the range that NuSTAR detects," said Kaya Mori, astrophysicist at Columbia University and lead author of a new study about the finding published in the journal Nature Astronomy, in the statement. "But Jupiter has an enormous magnetic field, and it’s spinning very quickly."

"Those two characteristics mean that the planet’s magnetosphere acts like a giant particle accelerator, and that’s what makes these higher-energy emissions possible," she added.

Mori's team found that the high energy X-rays coming from Jupiter were triggered by individual electrons colliding with charged atoms in the planet's atmosphere and suddenly being slowed way down. This deceleration caused them to lose energy in the form of X-rays, a process known as "bremsstrahlung," or "breaking radiation" in German.

The research could also explain why NASA's Ulysses spacecraft, which launched in 1990, didn't actually encounter any X-ray emissions from the planet.

"If you did a simple extrapolation of the NuSTAR data, it would show you that Ulysses should have been able to detect X-rays at Jupiter," said Shifra Mandel, a PhD student at Columbia and coauthor of the paper, in the statement. "But we built a model that includes bremsstrahlung emission, and that model not only matches the NuSTAR observations, it shows us that at even higher energies, the X-rays would have been too faint for Ulysses to detect."

"The discovery of these emissions does not close the case; it’s opening a new chapter," said coauthor William Dunn, a researcher at the University College London. "We still have so many questions about these emissions and their sources."

More on Jupiter: Nitwits Claim Wrongly to Have Disproved the Existence of Jupiter