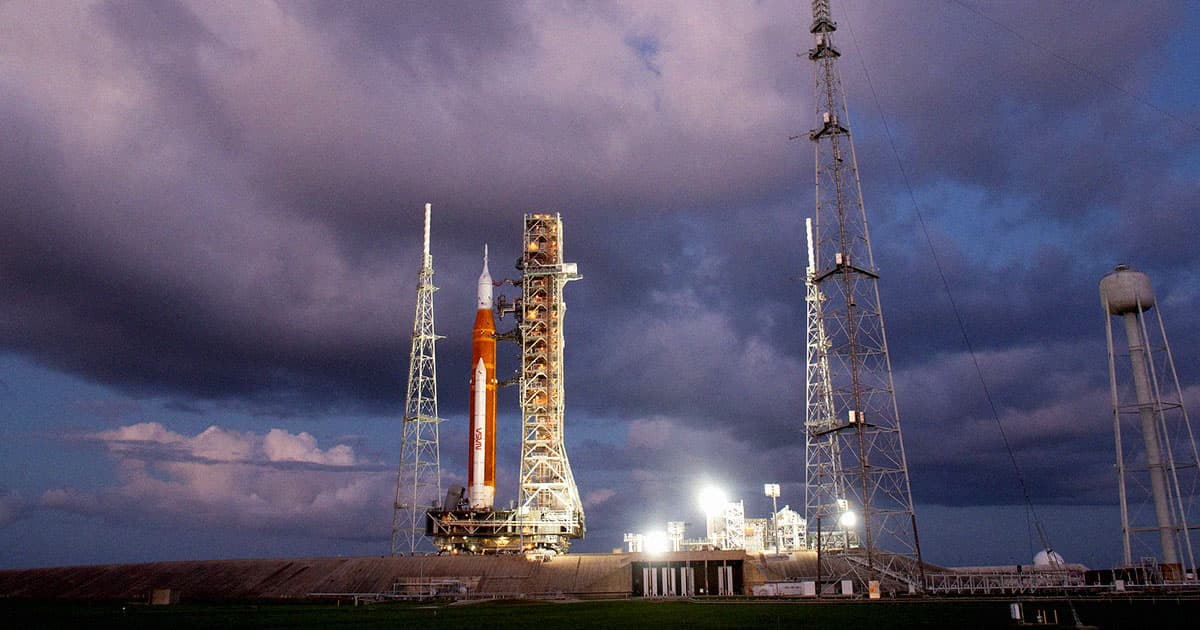 Hurricane Nicole is on its way — and it's getting stronger.

Hurricane Nicole is on its way — and it's getting stronger.

Eye of the Hurricane

NASA's uber-expensive Space Launch System (SLS) Moon rocket is officially back on the launch pad at the Kennedy Space Center, getting ready for its next launch attempt, currently slated for just after midnight on November 14.

It's been a long time coming, given that several previously launch attempts have already been scrapped due to technical issues and bad weather.

Now, though, a new threat is approaching. Hurricane Nicole, which strengthened to a tropical storm today, is starting to look like it could pose a real risk to the giant spacecraft while it's sitting out on the pad — which could be a disaster of epic proportions, given the billions of dollars the agency has poured into it so far.

"NASA is working with US Space Force and the National Hurricane Center to monitor Subtropical Storm Nicole," reads a statement by the space agency. "Based on current forecast data, managers have determined the Space Launch System rocket and Orion will remain at Launch Pad 39B."

The likelihood of windspeeds reaching hurricane levels has crept up to 15 percent, according to the National Hurricane Center. For now, all NASA can do is monitor the situation carefully.

In other words, the agency isn't planning on returning the rocket to the shelter of its Vehicle Assembly Building (VAB), where the rocket has spent most of the last two months.

"Several people have asked about a rollback to the VAB," Ars Technica's Eric Berger tweeted. "I don't think there's time. It would have to be done no later than tonight, as [tropical storm] force winds may arrive as early as Wednesday morning."

All told, it's got to be a scary moment for NASA. Having a tropical storm swoop in unexpectedly at the last minute could prove disastrous for its troubled Artemis 1 mission.

NASA has spent billions of dollars on its SLS launch platform over the last decade or so, but has yet to get it off the ground. All we can do now is hope that Hurricane Nicole won't represent yet another setback.

More on SLS: NASA Rolls Moon Rocket Out to the Pad for Lunar Mission