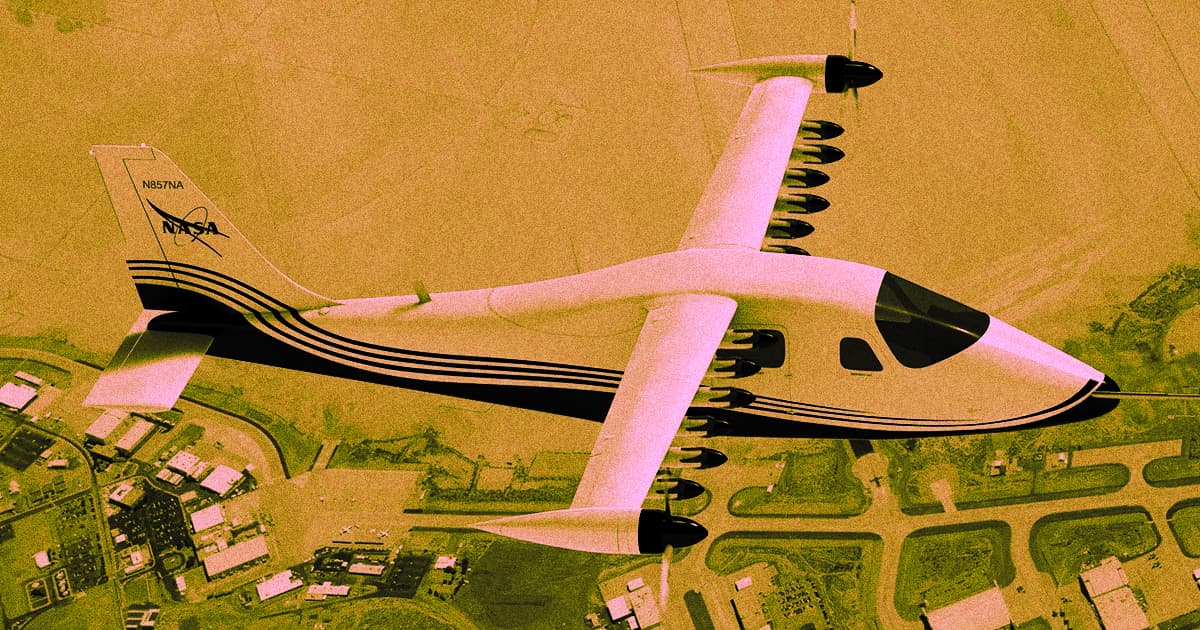 NASA Is Testing an All-Electric Airplane

"What they’re learning in this test, they’ll take with them into the control room for first flight."

"What they’re learning in this test, they’ll take with them into the control room for first flight."

NASA is gearing up to begin tests on the X-57 Maxwell, the space agency's first aircraft to be powered entirely by electricity.

For now, the X-57 will remain safely grounded while NASA engineers test its electrical systems and motors, according to a NASA press release. But these preliminary tests will mark an important milestone in the development of all-electric aircraft — and, if all goes well, will allow the plane to finally take to the skies with a test flight down the road.

Interestingly enough, NASA says that the actual battery control system expected to actually power up the plane for flights still isn't ready. So this next series of ground voltage tests, which are a crucial step for moving the X-57 out of the prototype phase, will see the plane hooked up to an external, high-voltage power supply.

While engineers hurry to finish up the batteries, NASA will make sure the plane's motor will successfully spin its propellers when it's finally hooked up to its own power supply.

Regardless of the intricacies of this specific test and whether it ends up being a triumph or "learning experience," the progress on the X-57 is an encouraging sign for the future of electric aircraft. If all goes to plan, electrifying air travel could go a long way toward eliminating carbon emissions, which would be great news as we stare down a future shaped by climate change.

"We've turned a corner from system design and lab tests, to turning it over to the NASA flight systems and operations engineers to actually operate the vehicle," Sean Clarke, NASA’s X-57 principal investigator, said in the release. "What they're learning in this test, they’ll take with them into the control room for first flight."