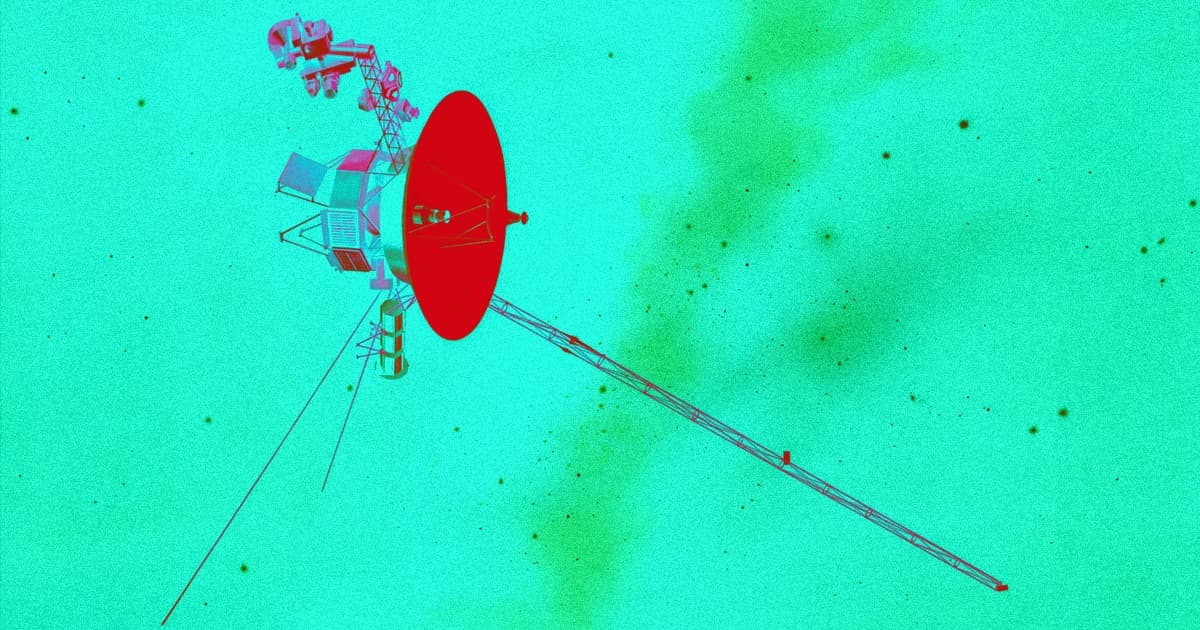 The second human-made object to have ever reached interstellar space is back online.

The second human-made object to have ever reached interstellar space is back online.

NASA's Voyager 2, initially launched in 1977 to study our star system's outer planets, is currently in interstellar space billions of miles from Earth. In January, the probe experienced a serious glitch that affected a host of crucial scientific instruments.

But luckily, the record-breaking spacecraft is back online.

"The five operating science instruments, which were turned off by the spacecraft's fault protection routine, are back on and returning normal science data," NASA's Jet Propulsion Lab wrote in an update.

Voyager 2 currently is racing through interstellar space at a distance of about 11.5 billion miles (18.5 billion kilometers) from Earth. That means any communications take 17 whole hours to reach it, according to NASA — and another 17 to make it back. Understandably, that's making the task of fixing the spacecraft's software very tricky.

The glitch was caused by a "fault protection software routine" after Voyager 2 failed to calibrate itself by spinning around its axis on January 25. Two systems were left running at relatively high levels of power, causing the spacecraft to "overdraw its available power supply."

In December 2018, 40 years after it was launched into space, Voyager 2 became the second human-made object to exit the heliosphere, the Sun's protective bubble around the Solar System. Its twin spacecraft Voyager 1 was the first, reaching interstellar space in 2012.

And Voyager 1 is glad to have its twin back online, the space agency joked.

More on Voyager: The Voyager Probes Are Running Low on Power