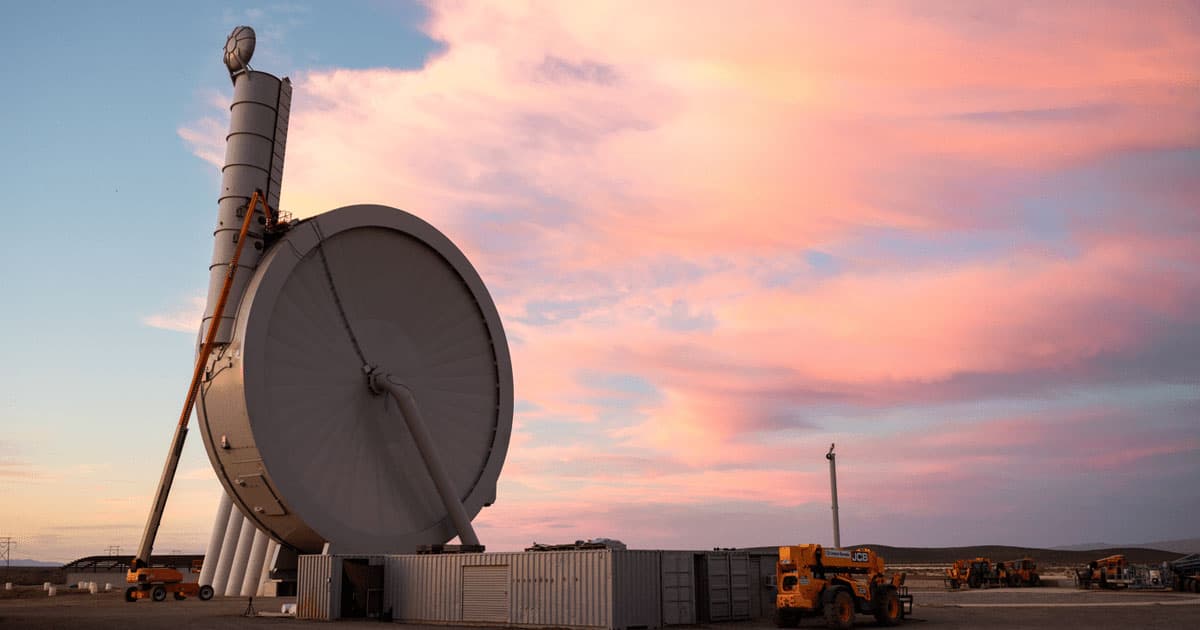 It fired it out at more than the speed of sound.

It fired it out at more than the speed of sound.

NASA may soon be slingshotting its satellites into low-Earth orbit, thanks to its newly-tested partnership with a startup working on a giant centrifuge for that very purpose.

In a press release, the SpinLaunch company trumpeted its recently completed tenth successful flight test of its Suborbital Accelerator. During this demonstration, it carried payloads for NASA (with which it inked a deal in April), Airbus, Cornell University, and others.

During the late September test out of the Spaceport America base located in New Mexico's Jornada del Muerto desert, the startup's 11-month-old mega-slingshot launched a capsule containing five payloads, including a camera, tens of thousands of feet into the sky — a demonstration that helps illustrate the ways "alternative" launch technology, such as the mass accelerator's rapidly-rotating arm, may be able to hurl satellites and other objects into low earth orbit or beyond.

Along with this tenth successful demo showcasing the capabilities of the mass accelerator, this test also indicates that SpinLaunch customers' payloads can survive the massive G-forces — up to 10,000 times the force of Earth's gravity — generated by the rapidly-rotating arm hidden within the large contraption, which flung them out faster than the speed of sound.

Indeed, during both pre-flight tests and in the demonstration's aftermath, the customer payloads survived intact, SpinLaunch's press release notes.

Though the company's technology is obviously not ready to launch larger payloads or send smaller satellites further out than the 25,000 feet it's achieved so far, SpinLaunch has still done a ton since its founding in 2014, and especially in the year since the mass accelerator has been online.

While SpinLaunch has ruled out any would-be fatal crewed launches, these tests are nonetheless an incredible advent demonstrating that small payloads can survive such intense G-forces — and the possibilities for where it could go next are super fun to consider, too.