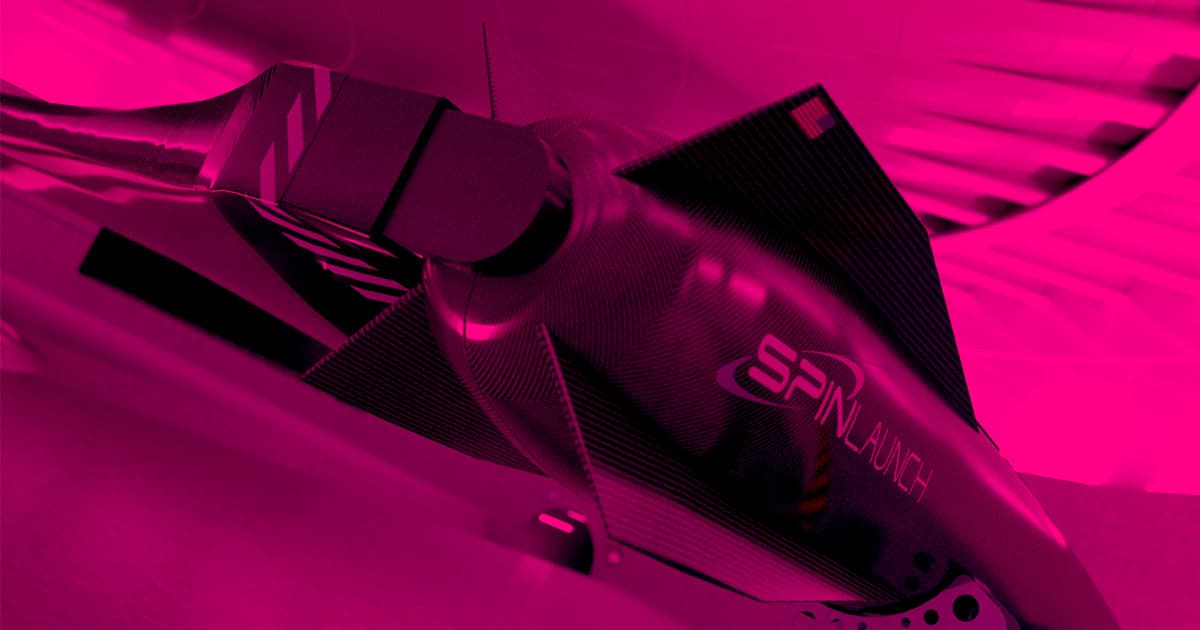 California-based startup SpinLaunch, which specializes in a launch system capable of catapulting small payloads into space at hypersonic speeds, just signed a contract with the U.S. Department of Defense's Innovation Unit (DIU).

In the company's words, details about the technology itself are still very sparse, but the plan is to develop a "kinetic energy-based launch system that will provide the world’s lowest-cost orbital launch services for the rapidly growing small satellite industry," according to a press release.

Futurism first reported on the startup in February 2018. An electric centrifuge would rotate around a fixed point so quickly that it could accelerate small payloads such as satellites to speeds of up to 5,000 mph — enough to break through Earth's atmosphere.

Founder and CEO Jonathan Yaney has big hopes for the technology. "This will truly be a disruptive enabler for the emerging commercial space industry," he said.

The news comes after the startup received funding in 2018 from the likes of Google and Airbus Ventures. In January, SpinLaunch moved into its massive new headquarters in Long Beach, California and opened a $7 million test facility at New Mexico's Spaceport America — the same facility that Virgin Galactic now calls their home.

SpinLaunch's first launch is planned for 2022, while the first kinetic energy tests are slated for early 2020.

READ MORE: This Startup Wants To Use A Hypersonic Catapult To Throw Satellites Directly Into Space By 2022 [Forbes]

And Beyond
How NASA Got Price Gouged on the SLS, According to Its Former Second-in-Command
7. 5. 22
Read More
Space Race
Startup Will Store Precious Artifacts in Vault Aboard the International Space Station
1. 7. 22
Read More
Can't Hardly Wait
Memers Rejoice and Troll as James Webb Space Telescope Allegedly Prepares For Liftoff
12. 23. 21
Read More
+Social+Newsletter
TopicsAbout UsContact Us
Copyright ©, Camden Media Inc All Rights Reserved. See our User Agreement, Privacy Policy and Data Use Policy. The material on this site may not be reproduced, distributed, transmitted, cached or otherwise used, except with prior written permission of Futurism. Articles may contain affiliate links which enable us to share in the revenue of any purchases made.
Fonts by Typekit and Monotype.