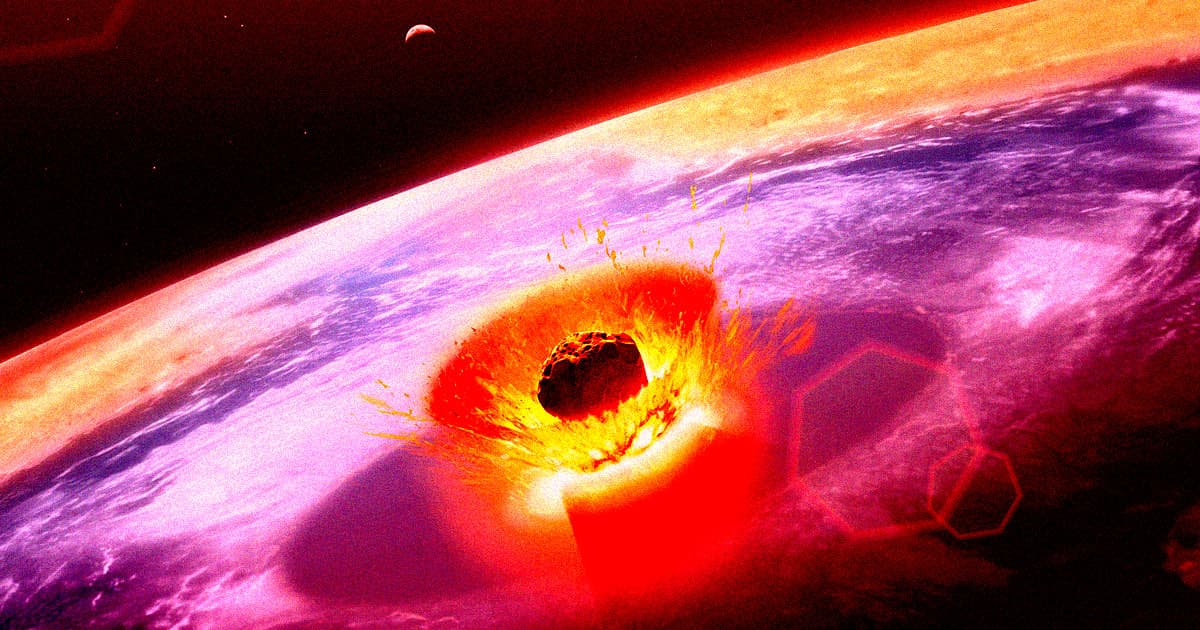 In NASA Simulation, Humankind Dismally Failed to Save Earth From Killer Asteroid

"The participants could do nothing to prevent the impact."

"The participants could do nothing to prevent the impact."

NASA has apparently gotten into tabletop gaming, but the stakes are decidedly higher than an evening of "Dungeons & Dragons."

As Scientific American reports, NASA's most recent tabletop simulation — or Planetary Defense Tabletop Exercise, if you want to make it official — was its fourth. And the stark conclusion of the mixed virtual and in-person gathering, conducted along with the Johns Hopkins Applied Physics Lab (APL) campuses in Maryland and North Carolina? Humanity is woefully unprepared for the threat of a catastrophic asteroid impact.

"We designed it to fall right into the gap in our capabilities," Emma Rainey, a senior scientist at Hopkins' APL who was part of the creation of the simulation, told the magazine. "The participants could do nothing to prevent the impact."

The simulation began with the discovery of an asteroid on a trajectory toward Earth, SciAm reports, and each subsequent meeting in the days-long exercise would hop ahead in the timeline of the crash course. Participants were given information about where the asteroid was headed, its size, and how likely an impact would be. The sim's final stages were just before and just after the asteroid's impact.

In a sense, we're better prepared for a looming asteroid impact than ever before. Last month, NASA smashed a small spacecraft into a medium-sized space rock to test whether it could be nudged off course, with promising results.

But real people are challenging in ways more complex than astrophysics. As in the 2021 movie "Don't Look Up," participants in the simulation found that misinformation made the scenario worse. The "asteroid denier" and "fake news" crowds were particularly difficult aspect of the simulation for the participants to handle.

"Misinformation is not going away," Angela Stickle, an APL senior research scientist who also helped facilitate and create the simulation, told SciAm. "We put it into the simulation because we wanted feedback on how to counteract it and take action if it was malicious."

False Dichotomies
British Royal Disses William Shatner's Spaceflight
10. 14. 21
Read More
A New Battery Could Store Ten Times the Power as Lithium-Ion
12. 9. 18
Read More
The Earth’s Magnetic Poles Are Overdue for a Switch
1. 29. 18
Read More
+Social+Newsletter
TopicsAbout UsContact Us
Copyright ©, Camden Media Inc All Rights Reserved. See our User Agreement, Privacy Policy and Data Use Policy. The material on this site may not be reproduced, distributed, transmitted, cached or otherwise used, except with prior written permission of Futurism. Articles may contain affiliate links which enable us to share in the revenue of any purchases made.
Fonts by Typekit and Monotype.