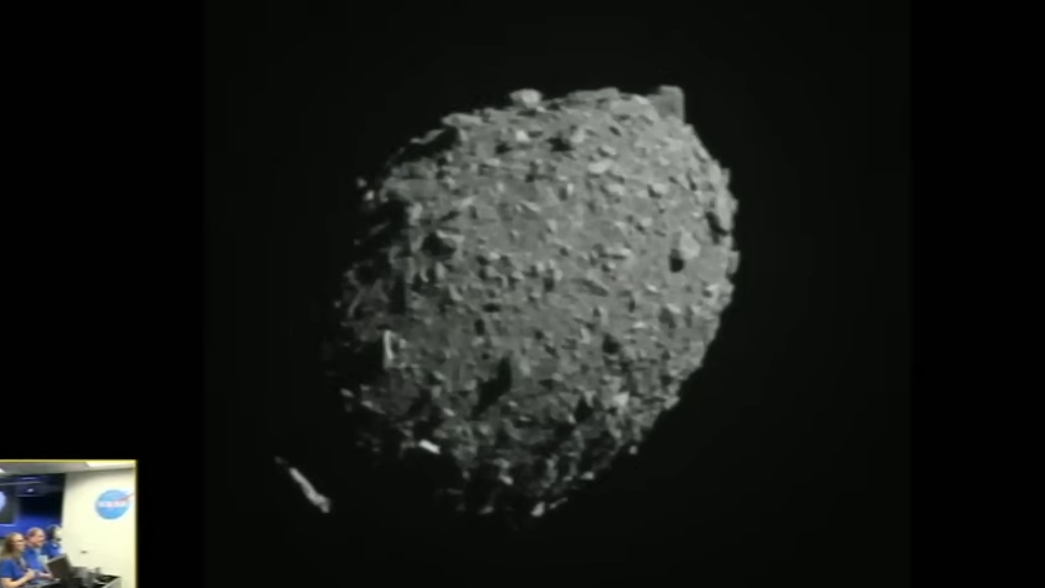 A NASA mission known as DART — Double Asteroid Redirection Test — slammed into an asteroid just moments ago, in a test of technology that could, if necessary, divert a killer asteroid bearing down on the Earth.

"Humanity one, asteroid zero," said one NASA presenter after the impact.

The final moments went quickly, with imagery onscreen showing the asteroid appearing larger and larger on NASA TV until the moment of impact, when mission control erupted in applause as the spacecraft impacted the asteroid Dimorphos at some 17,000 miles per hour.

"Oh my gosh," one presenter on the NASA screen as the spacecraft made contact.

Dimorphos is part of a double asteroid system called Didymos. The idea is that by smashing into it at incredible speed, the mission will be able to gently nudge it off direction — a very useful trick if a killer asteroid is incoming.

DART is a collaboration between NASA, Johns Hopkins University's Applied Physics Laboratory, and the European Space Agency, is both a fascinating case study and an attempted demonstration of how humanity could defend itself against the type of impact that is believed to have killed the dinosaurs.

"This is beautiful to watch," said another presenter on the NASA TV stream.