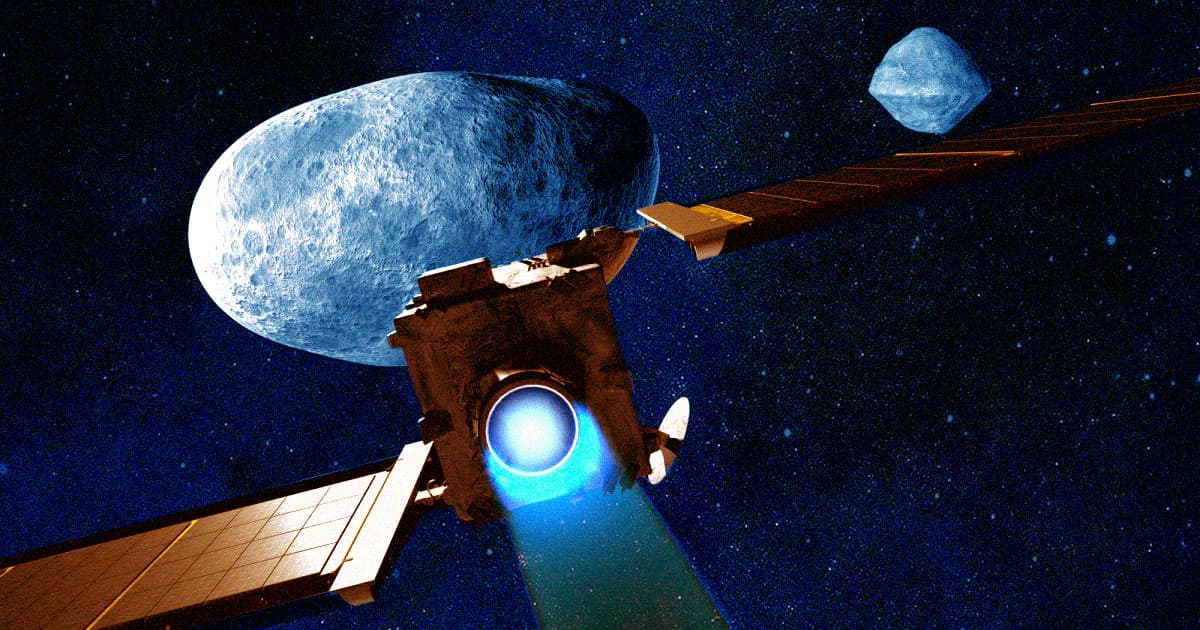 "NASA has proven we are serious as a defender of the planet."

"NASA has proven we are serious as a defender of the planet."

Now, NASA is declaring the demonstration triumphant, saying it successfully changed the space rock's trajectory in an historic demonstration that humanity could indeed save itself from a catastrophic asteroid collision.

"All of us have a responsibility to protect our home planet," NASA boss Bill Nelson said during a Tuesday briefing. "After all, it’s the only one we have."

"This mission shows that NASA is trying to be ready for whatever the universe throws at us," he added. "NASA has proven we are serious as a defender of the planet."

The data is rolling in, NASA says, and the numbers look promising. Case in point, the impact appears to have changed the time it takes for Dimorphos to circle its larger asteroid parent Didymos by a full 32 minutes.

That's more than three times the initial goal of changing its trajectory by ten minutes.

"For the first time ever, humanity has changed the orbit of a planetary object," NASA Planetary Science Division director Lori Glaze told reporters.

A number of ground- and space-based observatories, including NASA's Hubble and James Webb telescopes, were able to capture the event, confirming the new trajectory.

Despite the resounding success, we still much to learn about deflecting any future asteroid threats to Earth, cautioned NASA spokespeople other than Nelson.

"We should not be too eager to say that one test on one asteroid tells us exactly how every other asteroid would behave in a similar situation," said Tom Statler, DART program scientist at NASA, during the briefing.

"But what we can do is use this test as an anchor point for our physics calculations in our simulations that tell us how different kinds of impacts in different situations should behave," he added.

READ MORE: The DART mission successfully changed the motion of an asteroid [CNN]