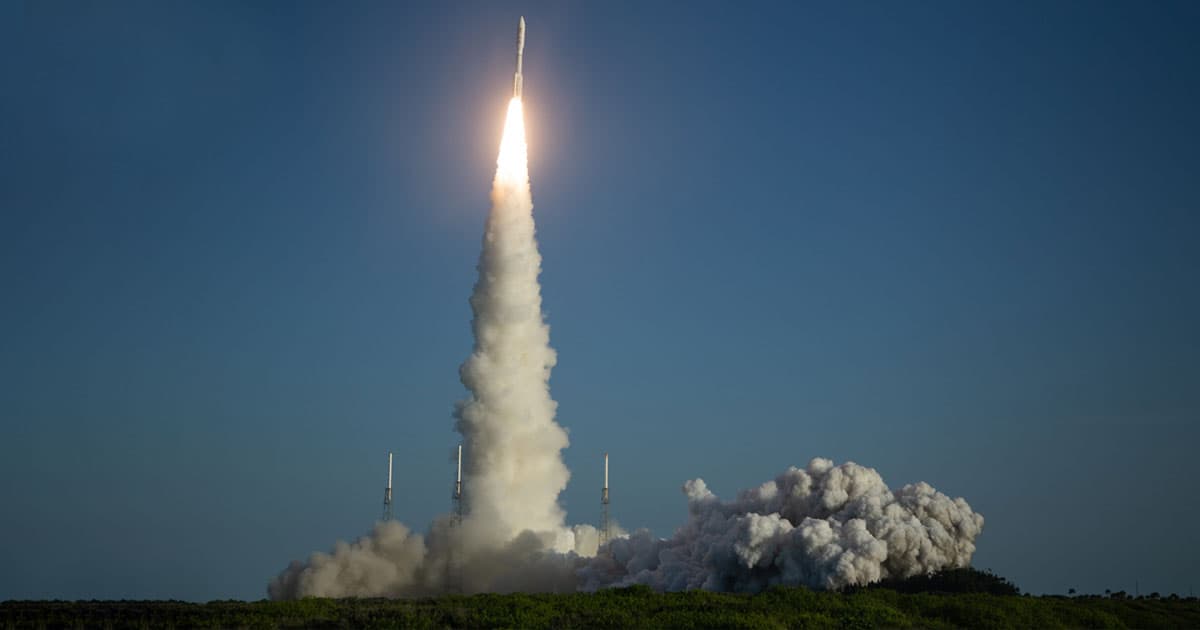 "When a spacecraft enters safe mode, all but essential systems are turned off until it receives new commands from mission control."

"When a spacecraft enters safe mode, all but essential systems are turned off until it receives new commands from mission control."

NASA’s launch of its Perseverance Mars rover went down without a single hitch yesterday — well, almost.

Shortly after rocketing into orbit atop a massive Atlas V rocket, the rover experienced a couple of small hiccups: a minor communications and temperature glitch, as Space.com reports. Luckily, neither glitch will have any lasting effects on the mission, according to NASA.

The agency confirmed that the rover went into “safe mode” thanks to “a temperature limit set a bit too strictly,” as Eric Berger, senior space editor at Ars Technica, put it in a tweet. Along with a gain issue relating to ground antennas, both issues have already been addressed. “Kudos to NASA for the transparency,” Berger added.

In other words, NASA says that Perseverance has, well, persevered through the minor setbacks.

“When a spacecraft enters safe mode, all but essential systems are turned off until it receives new commands from mission control,” read a post-launch NASA statement. “Data indicate the spacecraft had entered a state known as safe mode, likely because a part of the spacecraft was a little colder than expected while Mars 2020 was in Earth’s shadow.”

The telemetry issue was caused by the spacecraft being too close to take advantage of the Deep Space Network, an international array of massive spacecraft communication facilities. That proximity caused comms from the rover to blast the system “like someone screaming directly into your ear,” as Space.com put it.

“All temperatures are now nominal and the spacecraft is out of Earth’s shadow,” reads NASA’s statement.

More on the launch: NASA Blasts Off Most Sophisticated Mars Mission in Human History