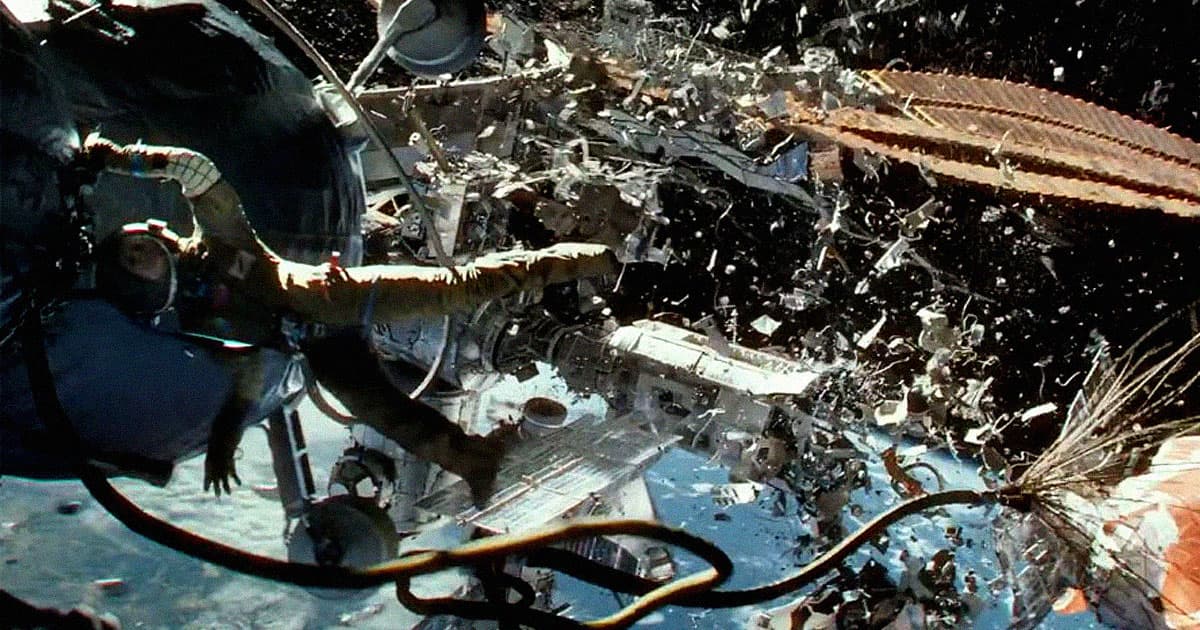 Deadly debris continues to haunt the astronauts aboard the International Space Station (ISS).

NASA postponed a spacewalk scheduled for today after receiving a "debris notification" for the ISS, according to an updated press release from the agency. The astronauts were slated to replace a broken antenna system before the spacewalk was called off.

"Due to the lack of opportunity to properly assess the risk it could pose to the astronauts, teams have decided to delay the Nov. 30 spacewalk until more information is available," NASA said in the release.

NASA received a debris notification for the space station. Due to the lack of opportunity to properly assess the risk it could pose to the astronauts, teams have decided to delay the Nov. 30 spacewalk until more information is available. https://t.co/HJCXFWBd3Y pic.twitter.com/swj5hqusSo

While trash doesn’t pose a direct danger here on Earth — outside of, you know, horrible and catastrophic damage to the environment — it poses a deadly hazard in orbit. Since the debris is all in a vacuum, there’s no air resistance to slow objects down as they whip around the Earth.

That means that even things like tiny flecks of paint or individual bolts can travel at incredible velocities that can destroy spacecraft and threaten the lives of crewmembers, according to NASA.

There’s no word yet as to whether this debris field is related to Russia’s recent anti-satellite test that forced the astronauts aboard the ISS to shelter in docked vehicles. However, there’s a chance it might be, since the test resulted in more than 1,500 pieces of traceable orbital debris being created.

Between debris from Russia’s anti-satellite test, debris from China’s anti-satellite test, and now this mystery debris, the ISS crew members have had a hectic month dealing with deadly space trash. Luckily, no crewed craft has been damaged yet — though, with all these close calls, it feels like only a matter of time before they’ll have to do their best "Gravity" impression and escape back to Earth.

Carbon-Based
NASA Rover Finds New Potential Evidence for Ancient Life on Mars
Tuesday
Read More
Duck and Roll
Russia Forced to Dodge Space Debris From When It Blew Up Satellite
Jun 17
Read More
So Long
Tragedy! NASA Says the Voyager Space Probes are Powering Down
Jun 16
Read More
+Social+Newsletter
TopicsAbout UsContact Us
Copyright ©, Camden Media Inc All Rights Reserved. See our User Agreement, Privacy Policy and Data Use Policy. The material on this site may not be reproduced, distributed, transmitted, cached or otherwise used, except with prior written permission of Futurism. Fonts by Typekit and Monotype.