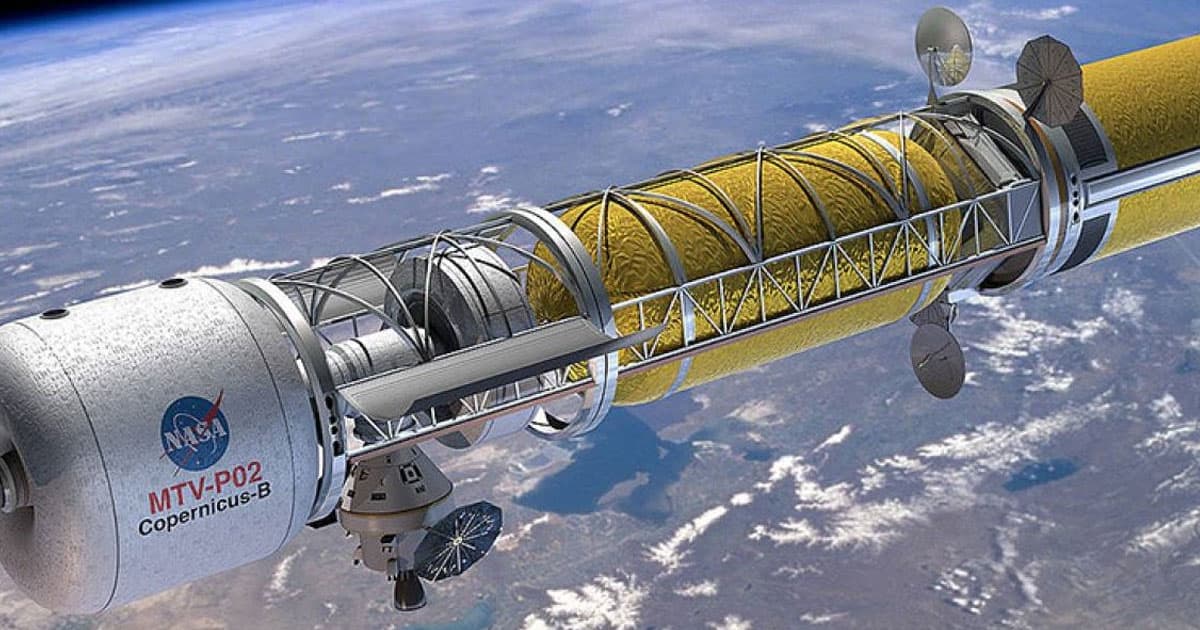 Head of NASA: Nuclear Propulsion Could Be "Game-Changer"

If the tech works, it could halve the travel time to Mars.

If the tech works, it could halve the travel time to Mars.

America, China, and Russia are all working to develop rockets powered by thermal nuclear propulsion, a technology that NASA chief Jim Bridenstine says could be a "game-changer" for the space agency.

Bridenstine gave a presentation on the importance of developing nuclear propulsion tech during a meeting of the National Space Council on Tuesday, Space.com reports. If NASA cracks the tech, Bridenstine told the crowd it could revolutionize space travel by powering high-speed Mars-bound rockets, outposts and settlements in outer space — and give a high-powered upgrade to satellites orbiting the Earth.

As part of its annual budget, Congress granted NASA $125 million for nuclear propulsion research in May, despite the space agency not requesting a single penny for it. But it seems as though Bridenstine has come around to the idea. Space.com reports that he directly addressed Vice President Pence during his speech to argue that nuclear propulsion recommended "an amazing potential."

Specifically, he was interested in how a faster trip to and from Mars would mean exposing astronauts to less of the brain-melting cosmic radiation that would bombard them for the entire journey.

"That is absolutely a game-changer for what NASA is trying to achieve," Bridenstine said, per Space.com. "That gives us an opportunity to really protect life, when we talk about the radiation dose when we travel between Earth and Mars."