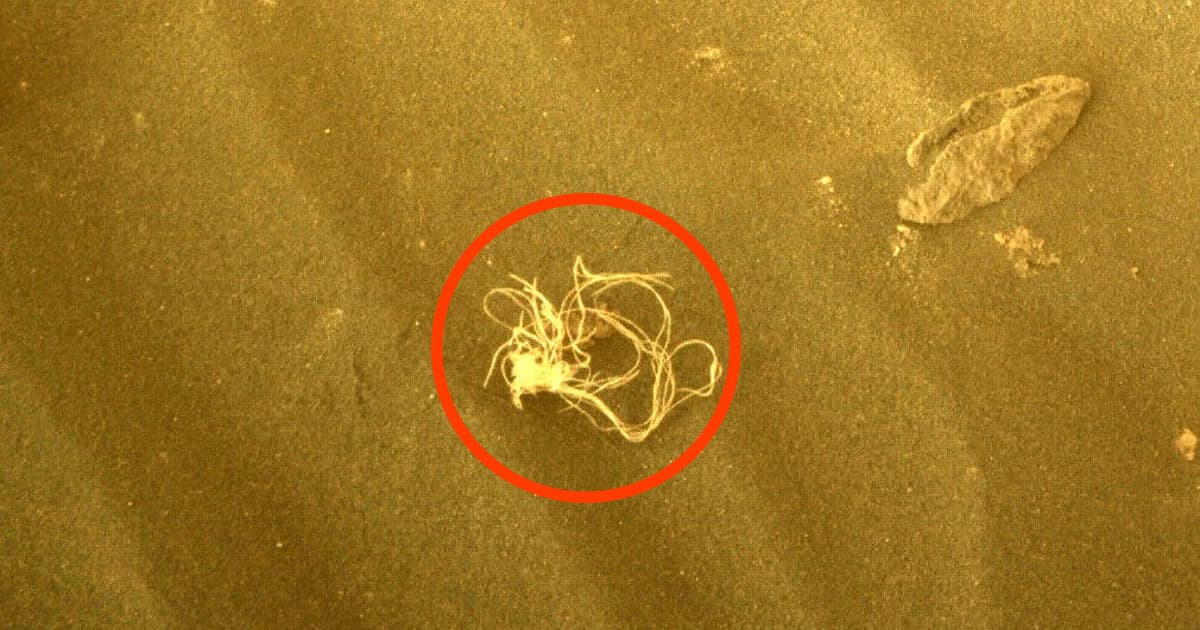 NASA's beloved Perseverance Mars rover discovered something particularly strange as it traversed the Red Planet — a coiled mess of unidentified, string-like material that almost resembles a swirl of noodles.

Alas, while we wouldn't be surprised to learn that extraterrestrial life also enjoys a delicious linguine, ramen, or any other pasta-centric meal, it's most likely that this oddity is actually a bit of NASA space junk, leftover from Percy's 2021 arrival.

This isn't the first time Percy has come across NASA litter on the otherwise pristine planet.

Just last month, the rover discovered what's believed to be a piece of thermal blanket — formerly attached to the rocket-powered jet pack that helped the probe land on our cosmic neighbor's dusty surface last year — tucked into a rock about two kilometers from the landing site.

Percy, with its pet rock hopefully still in tow, is busy collecting a variety of precious specimens from the Jezero Crater, a fascinating region of the Red Planet that contains what's believed to be an ancient river delta. Scientists are hoping that the rocky materials recovered from the crater will provide clues as to whether Mars once supported microbial life.

NASA is holding the line that the samples should be back on Earth by 2033, but that return trip — which has itself caused a fair share of drama — is still logistically far off. In the meantime, Percy will continue to phone home with photos, and we'll be keeping our eyes peeled for any more space spaghetti.