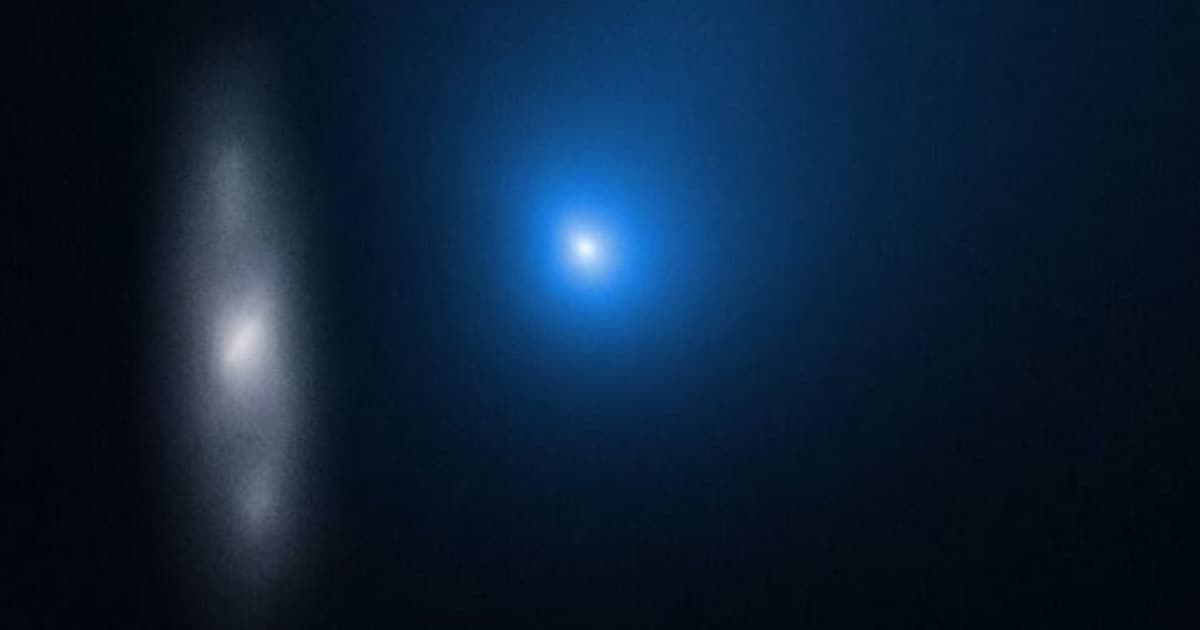 "Borisov is the first known interstellar comet, and we would like to know how many others there are."

"Borisov is the first known interstellar comet, and we would like to know how many others there are."

NASA just shared the best picture yet of 2I/Borisov, the second-ever interstellar object that we've spotted entering our solar system.

2I/Borisov was first identified in August. Since then it's moved closer to Earth, meaning NASA's been able to get an increasingly-clear view of it, according to The Independent. With the clearest image yet, NASA learned that earlier measurements of the cosmic visitor were a bit off-base.

Earlier images and video of the comet were far blurrier — and less useful from a scientific perspective. The new image from the Hubble Space Telescope, which shows the comet in front of a distant galaxy, reveals much more information.

"Hubble gives us the best measure of the size of comet Borisov's nucleus, which is the really important part of the comet," University of California Los Angeles astronomer David Jewitt told The Independent.

"Surprisingly, our Hubble images show that its nucleus is more than 15 times smaller than earlier investigations suggested it might be," he added. "The radius is smaller than half a kilometre. This is important because knowing the size helps us to determine the total number, and mass, of such objects in the Solar System, and in the Milky Way. Borisov is the first known interstellar comet, and we would like to know how many others there are."