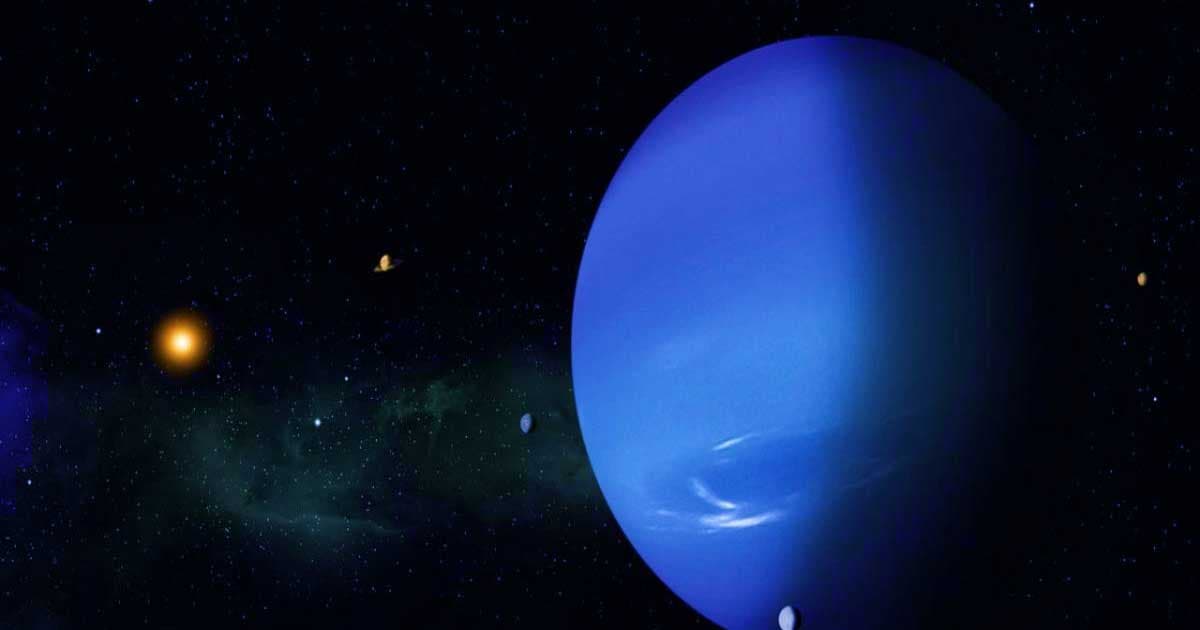 NASA: Neptune’s Moons "Dance" to Avoid Smashing Into Each Other

This video is eerily beautiful.

This video is eerily beautiful.

Neptune has 14 confirmed moons, one of which is so far away from the planet that it needs 27 Earth years to complete a single orbit.

But the two closest moons, Naiad and Thalassa, whip around the ice giant every seven and seven-and-a-half hours, respectively — and engage in a strange "dance," according to new research, in order to avoid slamming into one another along their brief journeys.

On Wednesday, NASA researchers published a new paper on Neptune's moons in the journal Icarus. By analyzing data from the Hubble Space Telescope, they determined that compared to Thalassa, Naiad's orbit follows a wave pattern that means it spends about half of a single orbit above Thalassa and half below it.

"There are many different types of 'dances' that planets, moons and asteroids can follow," researcher Marina Brozovic said in a news release, "but this one has never been seen before."

The researchers also explore reasons for the moons' strange orbits in their paper.

"We suspect that Naiad was kicked into its tilted orbit by an earlier interaction with one of Neptune's other inner moons," Brozovic said in the news release. "Only later, after its orbital tilt was established, could Naiad settle into this unusual resonance with Thalassa."

"They maintain the peace by never getting too close," researcher Mark Showalter added.

More on Neptune: Space Rocks Near Neptune Could Reveal the Solar System’s Origins

So Close But So Far
Astronomers May Have Spotted a New Planet Around the Nearest Star
2. 10. 21
Read More
Yeet!
New Evidence: There Was Another Planet in the Solar System That Escaped
11. 4. 20
Read More
Splish Splash
Scientists: Probe Center of Uranus, You’ll Hit Some Weird Water
8. 14. 20
Read More
+Social+Newsletter
TopicsAbout UsContact Us
Copyright ©, Camden Media Inc All Rights Reserved. See our User Agreement, Privacy Policy and Data Use Policy. The material on this site may not be reproduced, distributed, transmitted, cached or otherwise used, except with prior written permission of Futurism. Articles may contain affiliate links which enable us to share in the revenue of any purchases made.
Fonts by Typekit and Monotype.