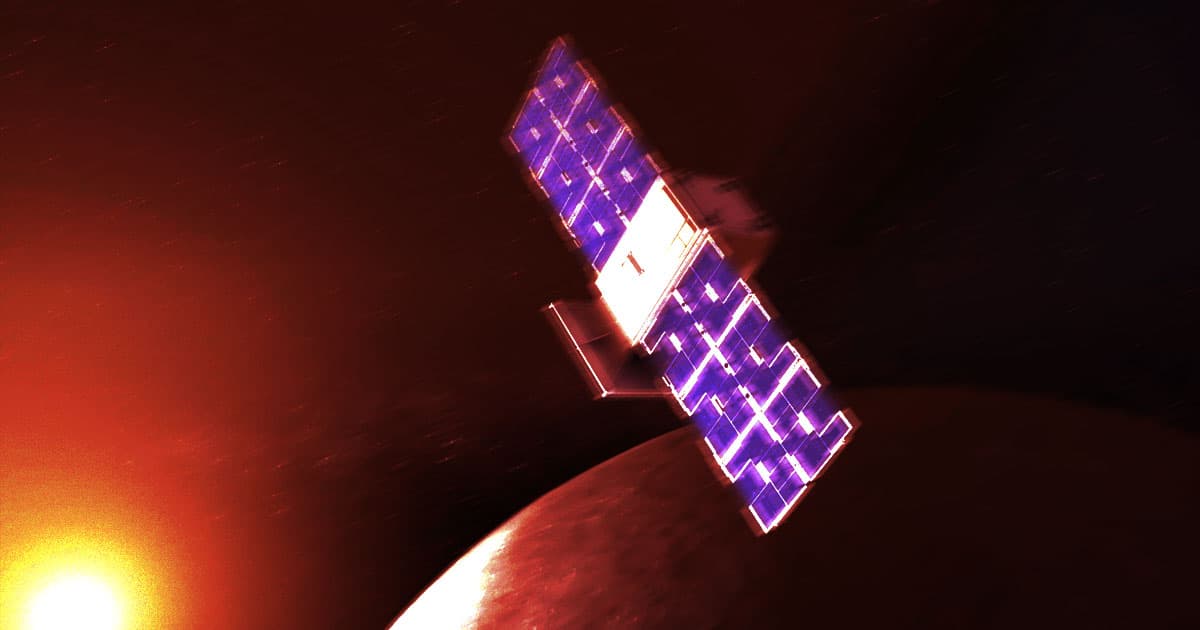 NASA's Moon Spacecraft Is Tumbling Out of Control

Why does this stuff keep happening?

Why does this stuff keep happening?

NASA's tiny, Moon-bound CAPSTONE probe is once again in trouble after its launch earlier this summer — and is now literally tumbling out of control.

Statements issued this week by NASA and Advanced Space, the company managing the itty bitty cube-shaped satellite, admitted that an unknown issue caused CAPSTONE to tumble last week in what the contractor described as an "emergency."

"The mission operations team is currently focused on recovery plans," it wrote. "These efforts will begin by working to improve the thermal situation of several subsystems including the propulsion subsystem."

In fact, ground control lost contact with the cubesat for a full day, and when it reestablished the connection, it showed that its "onboard computer systems were periodically resetting, and the spacecraft was using more power than it was generating from its solar panels." All told, it builds on a general sense of chaos around the mission — and may raise questions about the reliability of small satellites in serious space exploration missions, since CAPSTONE is intended to test the orbit for NASA's Lunar Gateway, a key component of its plan to land astronauts on the Moon in several years.

Though communications have been reestablished, CAPSTONE — which is short for Cislunar Autonomous Positioning System Technology Operations and Navigation Experiment — is still tumbling. The whole thing is, to use Terran parlance, a hot mess.

Advanced Space says it's now preparing an operation to detumble the spacecraft and reorient its solar panels to the Sun.

This isn't the first time CAPSTONE's had major issues. Just a week after its launch in late June, NASA lost contact with the 55-pound lunar probe, reestablishing the connection about a day later. The problem, NASA said, was a software error, with space experts celebrating its reestablished lines of communication and saying they were "root[ing] for the little guy."

Now that CAPSTONE is once again in trouble, it's sad to consider what those fans are feeling — especially given that its very big brother, NASA's Space Launch System, experienced its own gigantic setback this month as well.