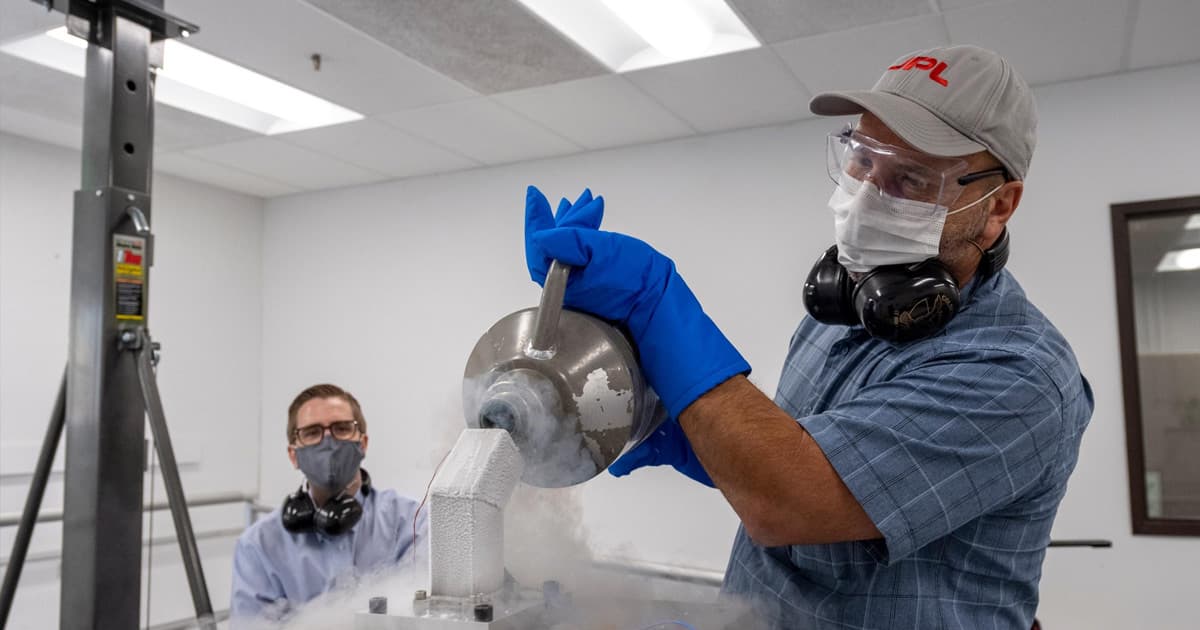 NASA Is Making Moon Rover Parts Out of Metallic Glass

The glass gears are designed to handle the extreme cold of the lunar night.

The glass gears are designed to handle the extreme cold of the lunar night.

NASA scientists are taking an unusual approach to the material science behind its upcoming lunar rovers and landers — by building components out of heavy-duty metallic glass.

The glass gears and gearbox, thankfully, are sturdier than they sound at first and passed a number of rigorous durability tests, according to a NASA press release. The main selling point of moving away from traditional metals where possible, the scientists say, is that glass parts can work at vastly lower temperatures, allowing the rover to explore more of the Moon without carrying energy-intensive heaters.

To make sure the metallic glass was up to par, NASA scientists put it through some extremely violent temperature and durability tests.

The scientists cooled it all the way down to -279 degrees Fahrenheit (-173 Celsius) to simulate the frigid temperatures a rover might encounter, and then fired steel rods at the beam the metallic glass was sitting on at extremely high speeds to simulate the shocks and jolts of a lunar landing.

Passing such brutal tests is a pretty big deal, because metal-built rovers typically have to avoid particularly frigid and dark parts of the Moon to avoid the extreme cold. But with metallic glass components, future rovers would be able to trek onward.

"This is an exciting event as it demonstrates both the mechanical resilience of the bulk metallic glass alloy and the design of the gearbox," NASA project manager Peter Dillon said in the press release. "These gears could help enable potential operations during the lunar night, in permanently shadowed lunar craters, in polar regions on the Moon, and on ocean worlds."