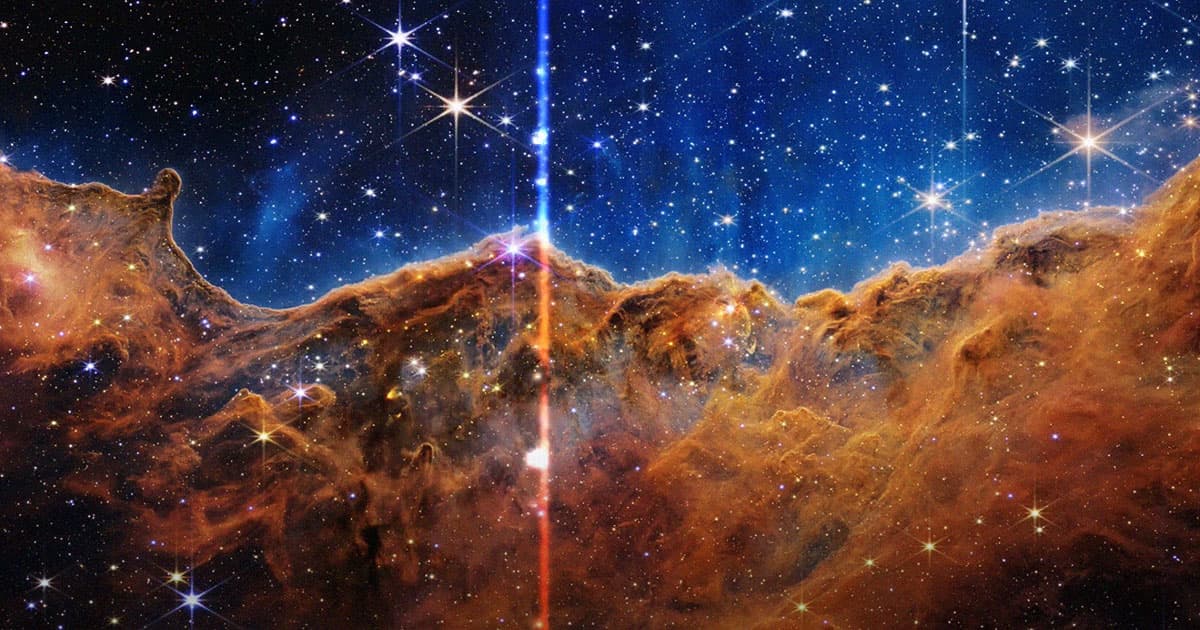 "When I first heard a sonification, it struck me in a visceral, emotional way."

"When I first heard a sonification, it struck me in a visceral, emotional way."

If you're thinking, "huh, I didn't know telescopes could make music," we understand. It's a two-part effort — the JWST provides the incredible deep space imagery, and then a team of scientists and musicians, along with members of the blind and visually impaired community, collaborate to adapt the photos into extraordinary soundscapes.

"Music taps into our emotional centers," Matt Russo, a musician and physics professor at the University of Toronto, said in NASA's press release. "Our goal is to make Webb's images and data understandable through sound — helping listeners create their own mental images."

According to NASA, the sonifications were conceptualized as a way to ensure that the visual wonders of astronomy are accessible for all to experience. The James Webb has quickly become one absolutely one of the coolest things that humankind has done so far, and the imagery it's generated has captivated imaginations far and wide. By turning its photos into audio clips, the thinking goes, more people than ever will be able to experience them.

So far, NASA has created audio for a few different JWST images, including the Cosmic Cliffs in the Carina Nebula (an atmospheric, immersive tune, inspired by gauzy clouds of gas and dusty) and the Southern Ring Nebula (a haunting, vacuum-like theme inspired by the body's infrared light).

As it goes without saying, this is a beautiful project. The cosmos belong to everyone — and ensuring access for all is long overdue.

"When I first heard a sonification, it struck me in a visceral, emotional way," Christine Malec, a member of the blind and low vision community who supports the project, said the press release, "that I imagine sighted people experience when they look up at the night sky."

Makeover Scene
Space Tourist Says He's Thinking About Flying SpaceX Craft Up to Fix Hubble
Sep 29
Read More
Palliative Care
NASA's Mars Lander Refuses to Die Even Though It's Supposed To
Sep 24
Read More
Origins Machines
The JWST's Data Is So Incredible That Even Those Who Built It Are Questioning Previous Science
Sep 21
Read More
+Social+Newsletter
TopicsAbout UsContact Us
Copyright ©, Camden Media Inc All Rights Reserved. See our User Agreement, Privacy Policy and Data Use Policy. The material on this site may not be reproduced, distributed, transmitted, cached or otherwise used, except with prior written permission of Futurism. Articles may contain affiliate links which enable us to share in the revenue of any purchases made.
Fonts by Typekit and Monotype.