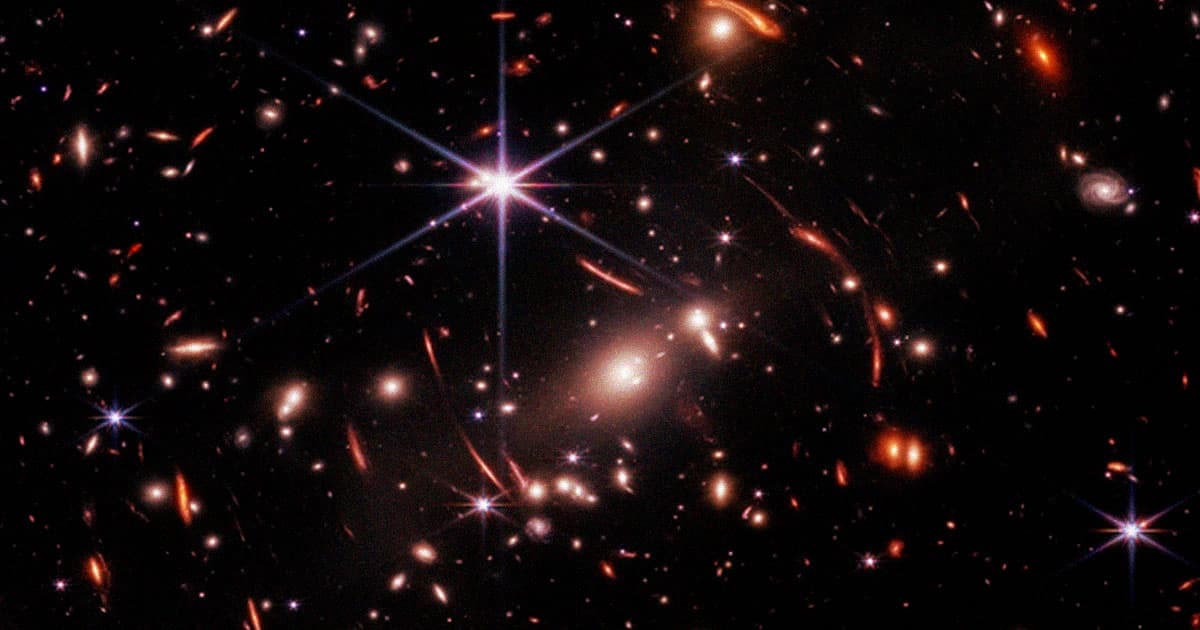 According to the latest preliminary analysis, we could soon be looking at images of the oldest galaxy ever identified, New Scientist reports — a discovery that could rewrite the way we understand star formation shortly after the birth of the known universe.

And, needless to say, the extraordinary telescope is only getting started.

As detailed in a yet-to-be-peer-reviewed paper shared on Tuesday, a team led by Rohan Naidu from the Harvard-Smithsonian Center for Astrophysics outlines two possible candidate galaxies, dubbed GLASS-z11 and GLASS-z13, that likely date back to just 300 million years following the Big Bang

That's some 30 million years earlier than the previous unofficial record holder, a galaxy called HD1, which has been considered the most distant known galaxy since its discovery in April.

"We found two very compelling candidates for extremely distant galaxies," Naidu told New Scientist. "If these galaxies are at the distance we think they are, the universe is only a few hundred million years old at that point."

The two galaxies are tiny compared to the Milky Way's 100,000 light year diameter, coming in at just 1,600 and 2,300 light-years across, respectively.

The researchers acknowledge that further analysis is needed before HD1 can be dethroned. The paper will also still need to undergo peer review, of course.

But the team is hopeful.

With scientific operations only underway for a couple of weeks so far, scientists are already astonished at the Webb's capabilities.

"We were pretty confident that JWST would see distant galaxies," Brammer added. "But we’re a little bit surprised how easy it is to detect them."

READ MORE: JWST has found the oldest galaxy we have ever seen in the universe [New Scientist]