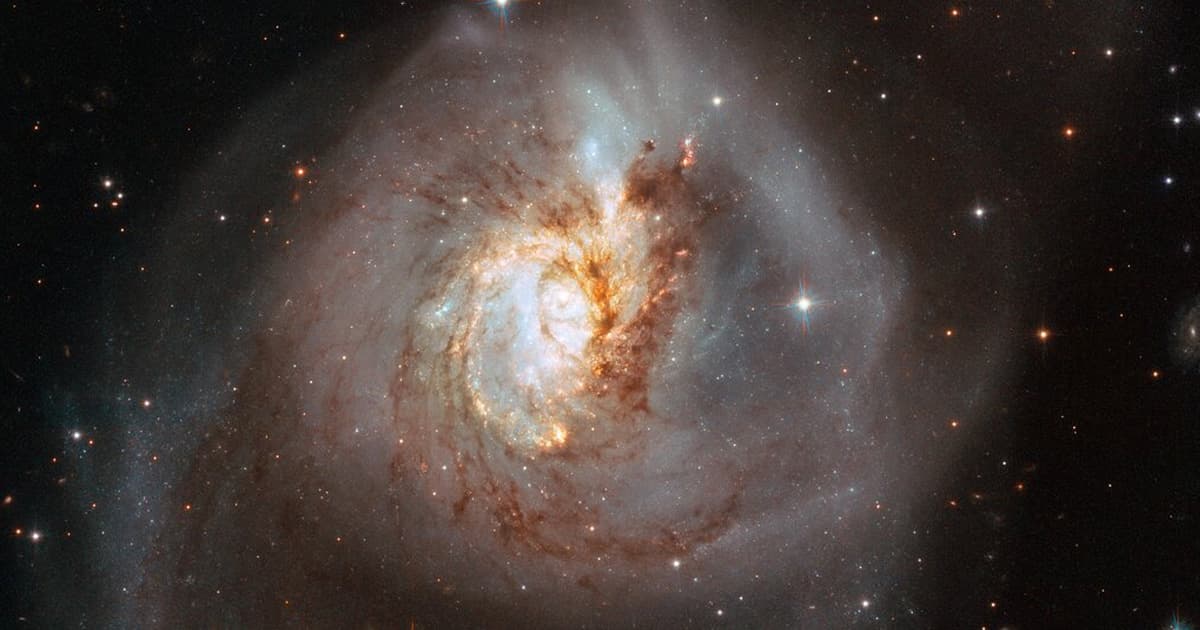 NASA Releases Hubble Images of Galaxies Smashing Into Each Other

Check them out here.

Check them out here.

To celebrate the new year, NASA and the European Space Agency have graced us with six glorious views of mindbogglingly massive galaxy mergers, courtesy of the Hubble Space Telescope.

"These interactions are a key aspect of galaxy evolution and are among the most spectacular events in the lifetime of a galaxy," reads an ESA statement.

Each system was the subject of a study into how galaxies evolve and the rate at which they produce new stars. When galaxies merge, they change their appearances dramatically. The stars present in them also change considerably, making them perfect candidates to study how stars are formed.

Massive star clusters that result from these collisions emit immense amounts of light, even after the collision has taken place.

The space observatory was able to resolve "large star-forming 'knots' into numerous compact young star clusters," according to the ESA. Hubble's ultraviolet and near-infrared observations of these mergers then could show us how old these clusters are, their mass, and even when they went extinct.

More on galaxy mergers: Astronomers Surprised to Find Stars Streaming Into the Center of Our Galaxy