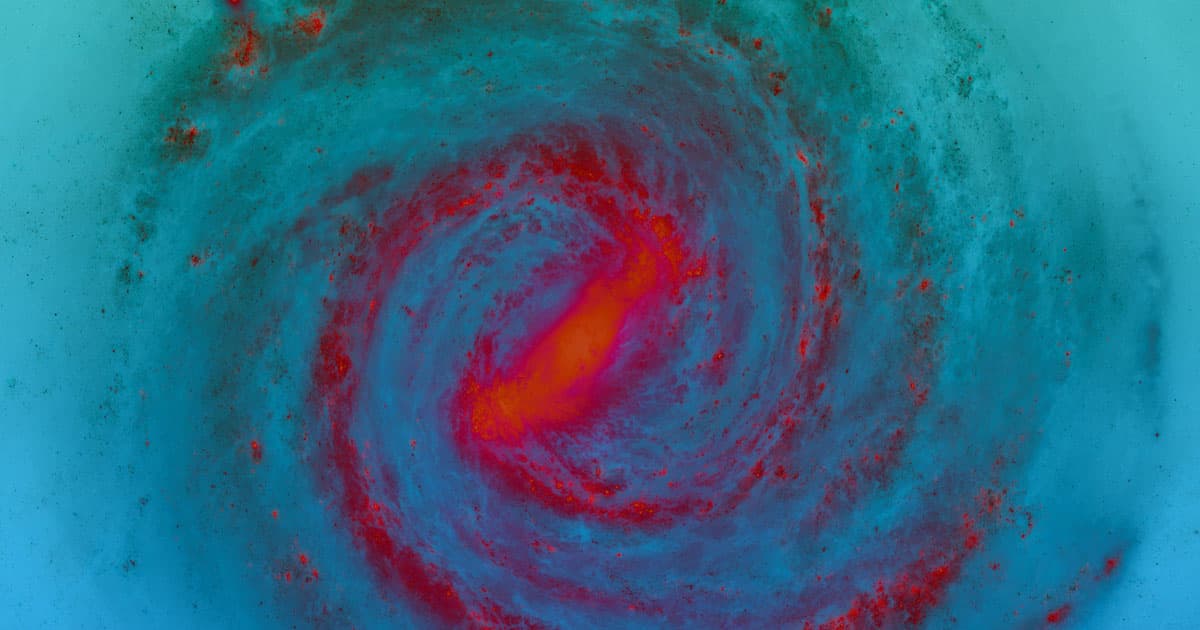 Intriguingly, this river of stars could be held together by a long-dead galaxy's lingering dark matter.

Intriguingly, this river of stars could be held together by a long-dead galaxy's lingering dark matter.

Scientists say they’ve discovered a vast trail of about 200 stars is streaming towards the center of the Milky Way — a starry river they think could be the remains of an ancient dwarf galaxy devoured by our own.

“I was not expecting to see new stellar streams, but it was a great surprise,” Lina Necib, a Postdoctoral Fellow at the California Institute of Technology, told Newsweek.

The galactic merger hypothesis seems to be the most likely origin story for the stars, according to research published Monday in the journal Nature Astronomy based on a new analysis of data from the European Space Agency’s Gaia spacecraft. Necib dubbed the stellar stream “Nyx,” after the Greek goddess of the night, and the mother of death and darkness.

If the stars really came from some ancient dwarf galaxy, then it’s also possible the stellar stream is held together by some of that galaxy’s dark matter — giving astronomers an interesting new place to look for it. But there’s no guarantee that’s the case, Newsweek reports. The stars could also, Necib admits, be Milky Way natives that simply got jostled out of place.

“It could also be stars from the disk of the Milky Way that are vibrating because of a collision of the disk,” Necib told Newsweek.

More on the galaxy: This Star Drifted Into the Milky Way From Another Galaxy

Space Lumps
Scientists Say We May Be Extremely Wrong About the Universe
Apr 28
Read More
Into Darkness
Inside NASA’s Bold Proposal to Probe the Mysteries of Dark Matter
Mar 11
Read More
The Last Strand
Scientists Puzzled by Weird “Strands” at the Center of Our Galaxy
Jan 26
Read More
+Social+Newsletter
TopicsAbout UsContact Us
Copyright ©, Camden Media Inc All Rights Reserved. See our User Agreement, Privacy Policy and Data Use Policy. The material on this site may not be reproduced, distributed, transmitted, cached or otherwise used, except with prior written permission of Futurism. Fonts by Typekit and Monotype.