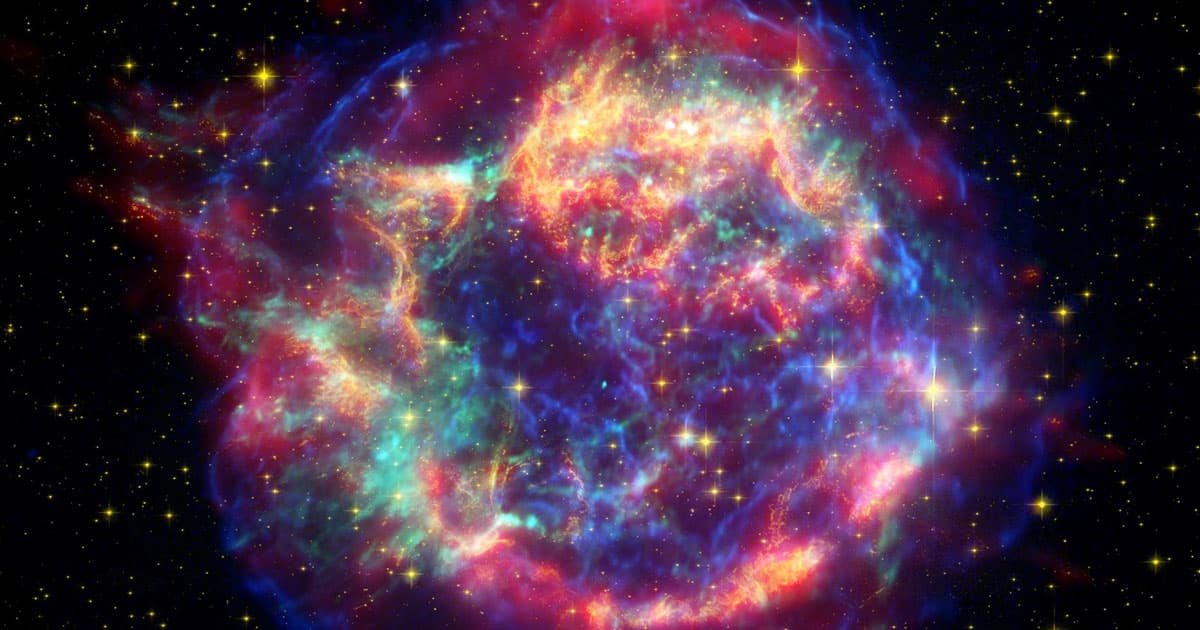 Last April, NASA launched the Transiting Exoplanet Survey Satellite (TESS), an orbital telescope designed to track down undiscovered exoplanets. It's been doing great, but it recently took a break to observe its first supernova.

The data from that supernova, caused by an exploding white dwarf star, is now challenging astronomers' assumptions about how and why some stars explode, according to an Ohio State University press release. This particular supernova left behind traces of hydrogen, an element not normally found in a white dwarf, so now astronomers are hunting for new explanations for what happened.

Astronomers assumed the particular type of supernova — a Type Ia (pronounced 1-A) supernova — that TESS spotted involves two white dwarf stars interacting with each other, according to research published this May in the journal Monthly Notices of the Royal Astronomical Society. But that explanation doesn't account for the newly-spotted hydrogen.

"We have known for years that these stars explode, but we have terrible ideas of why they explode," Ohio State astronomer Patrick Vallely said in the press release.

The team also checked to see if the white dwarf had consumed a different kind of star instead of a second white dwarf, but that sort of supernova would have looked differently, Kris Stanek, Vallely's graduate adviser, explained in the release.

She said that the explosion likely consumed a third star that was in the wrong place at the wrong time, supplying the unusual hydrogen traces.