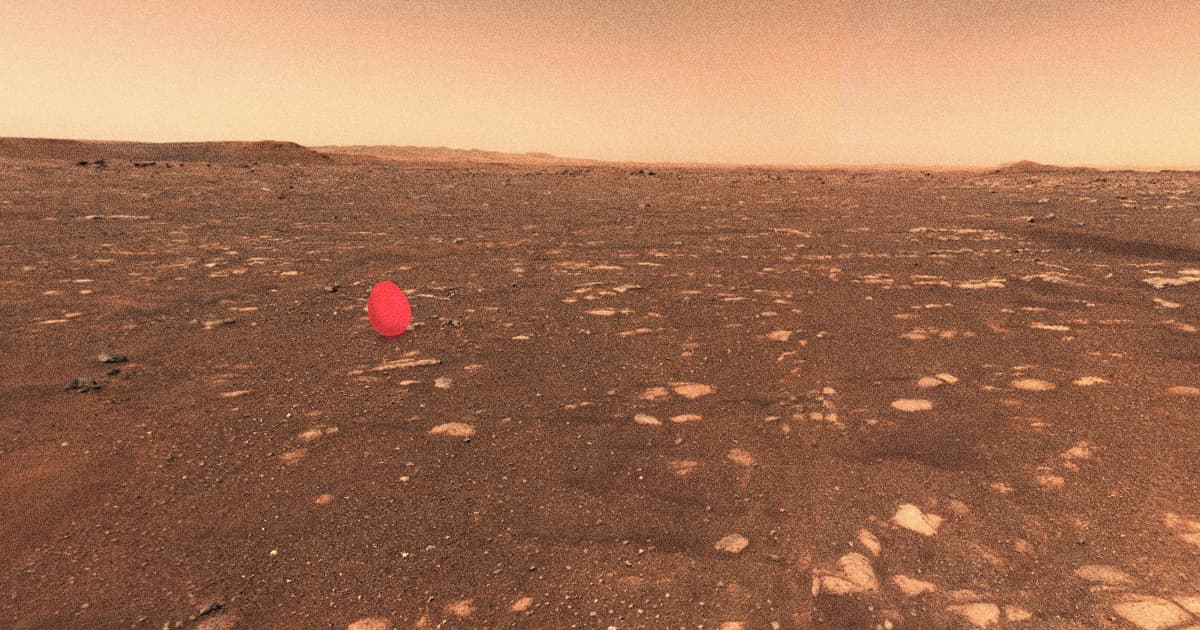 The space agency is teasing a big Easter reveal.

The space agency is teasing a big Easter reveal.

NASA has been hinting that it hid two more Easter eggs on the Perseverance rover it’s currently steering around the surface of Mars — and that nobody has spotted them yet.

The space agency posted a few clues on Twitter, urging followers to investigate and uncover them before a big, on-theme Easter reveal this upcoming Sunday. NASA says that both hidden surprises can be seen in Perseverance’s collection of raw images. But because there are over 16,500 of those online, you may also need the hints that NASA has been dropping on Twitter throughout the week.

NASA has a long history of hiding messages on its rovers as a sort of inside joke. Some of the secret messages on Perseverance have already come to light. For instance, the rover’s landing parachute had “DARE MIGHTY THINGS,” a phrase borrowed from a famous Theodore Roosevelt speech, encoded in binary on it.

Perseverance also has a “family photo” of previous Mars rovers on its exterior.

For those who want to uncover the last two Easter eggs in time, NASA posted a couple extra hints.

“Hint on Easter egg #1: every vehicle has one. Hint on Easter egg #2: it’s in our nature,” NASA tweeted on Wednesday. On Friday, NASA followed up to mention that the second one is “‘wheely’ tricky to spot,” so, you know, do with that what you will.

More on Perseverance: All The Easter Eggs NASA Engineers Left on the Mars Rover