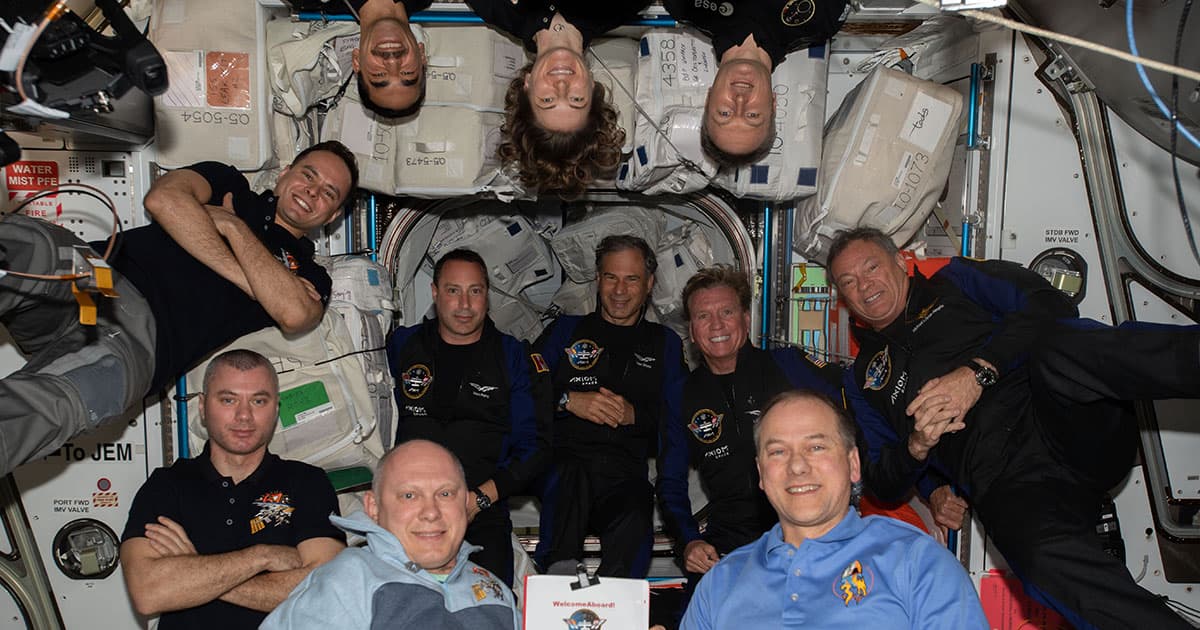 NASA Head: Things Are Fine on ISS Despite Russian "Slaughter"

That's quite a choice of words.

That's quite a choice of words.

The military tensions between the US and Russia amid the latter's invasion of Ukraine on Earth have not harmed the countries' relationship aboard the International Space Station — according to NASA's incessant messaging, at least.

During an event unveiling the new Peregrine Lunar Lander, NASA administrator Bill Nelson reiterated to the press that the "working relationship" between the US astronauts and Russian cosmonauts aboard the ISS hasn't changed. In a striking choice of words, though, he said that pleasant relationship is enduring despite "all the slaughter we’re seeing daily" as Russia continues its military incursion into Ukraine.

Since before Russia began its invasion of Ukraine in February, questions about the tenuous state of US-Russian space cooperation have abounded. Yet even after the European Space Agency indefinitely delayed its ExoMars mission to explore the Red Planet due to Russia's role, however, the US has maintained its space diplomacy about the orbital outpost.

In spite of Nelson's occasional repudiation of Russia — ranging from the time last November when he called the country's anti-satellite tests "irresponsible and destabilizing" to his minor beef last month with Roscosmos head Dmitry Rogozin — the NASA administrator and former senator has continued to preach cooperation in public.

His comments about Russian "slaughter" in Ukraine, however, appear to be the first time he's outright condemned the country's invasion of its neighbor.

It's hard to say what will happen from here as Russia continues the onslaught — but given that American astronauts are stuck up on the ISS with their Russian counterparts, it could get mighty awkward.

More on the US, Russia, and space: NASA Astronaut Says He Candidly Discussed Ukraine Invasion With Cosmonauts