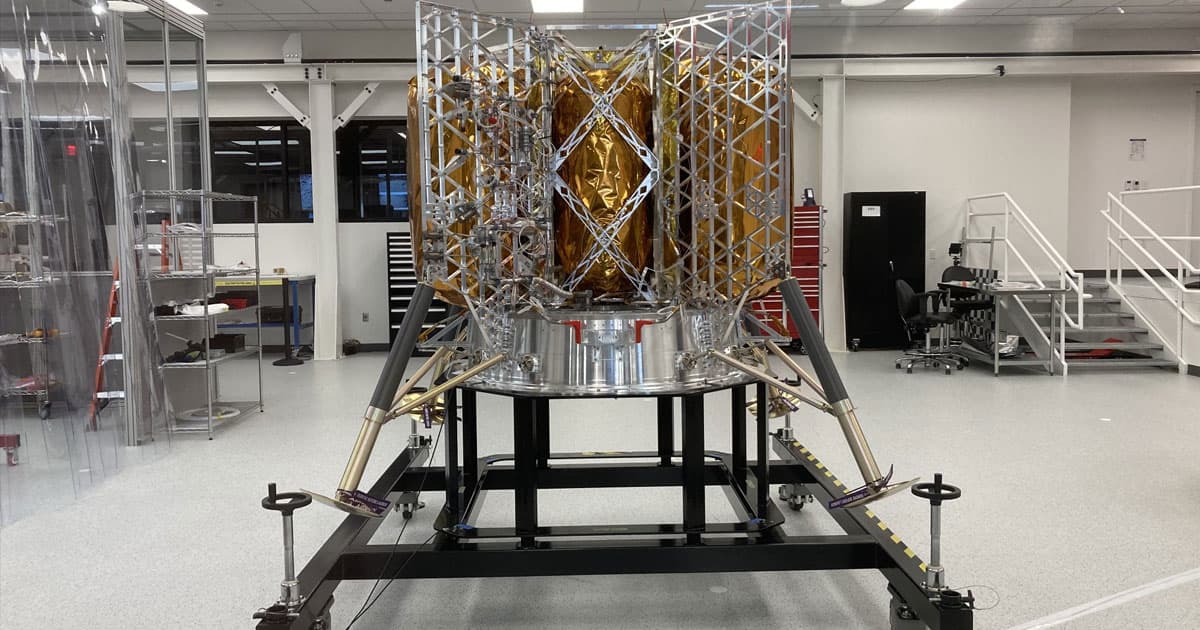 Pennsylvania-based space company Astrobotic has unveiled its Peregrine Lander, the first US lunar lander designed to touch down on the Moon since the last Apollo mission almost half a century ago, a collaboration with NASA.

The mission is part of the space agency's Commercial Lunar Payload Services initiative, designed to leverage contractors to deliver cargo to the surface of the Moon.

It's an exciting preamble on the long road of returning the first astronauts to the lunar surface since the 1970s — and eventually, if all goes according to plan, establishing a permanent presence there — as well as for NASA's efforts to collaborate with the private space sector.

"This, right here behind me, behind the glass, this is the lander returning our nation to the Moon for the first time in nearly 50 years," said Astrobotic CEO John Thornton proudly at the event, adding that it's "only beginning of a series of missions."

Return to the Moon

NASA is planning seven missions to the Moon in the upcoming years, with two of those missions under contract with Astrobotic.

This year, Astrobotic is looking to send 14 different payloads, totaling just shy of 200 pounds, to a larger crater on the near side of the Moon called Lacus Mortis using its Peregrine Lander.

The lander is primarily designed to haul these payloads to the Moon, which can be mounted above or below the lander's decks, or inside or outside of enclosures, according to the company's website.

The company announced in 2019 that it chose the United Launch Alliance’s (ULA) Vulcan Centaur rocket for this year's launch.

Among these payloads are instruments ready to probe the lunar surface for evidence of water, and whatever else can be found beneath its dusty surface.

Peregrine's successor, called Griffin, is a "medium-class lander" that can accommodate larger payloads, according to a user guide, but it's still unclear when it will actually be built.

Ice Ice Baby
Check Out This Moon-Shaped Ice Crystal on the Space Station's Window
Thursday
Read More
Weredata
Startup Announces Plans to Bury Server Farm on the Moon
Monday
Read More
Round Trip
NASA Reveals Early Plans to Send Two Astronauts to Surface of Mars
May 18
Read More
+Social+Newsletter
TopicsAbout UsContact Us
Copyright ©, Camden Media Inc All Rights Reserved. See our User Agreement, Privacy Policy and Data Use Policy. The material on this site may not be reproduced, distributed, transmitted, cached or otherwise used, except with prior written permission of Futurism. Fonts by Typekit and Monotype.