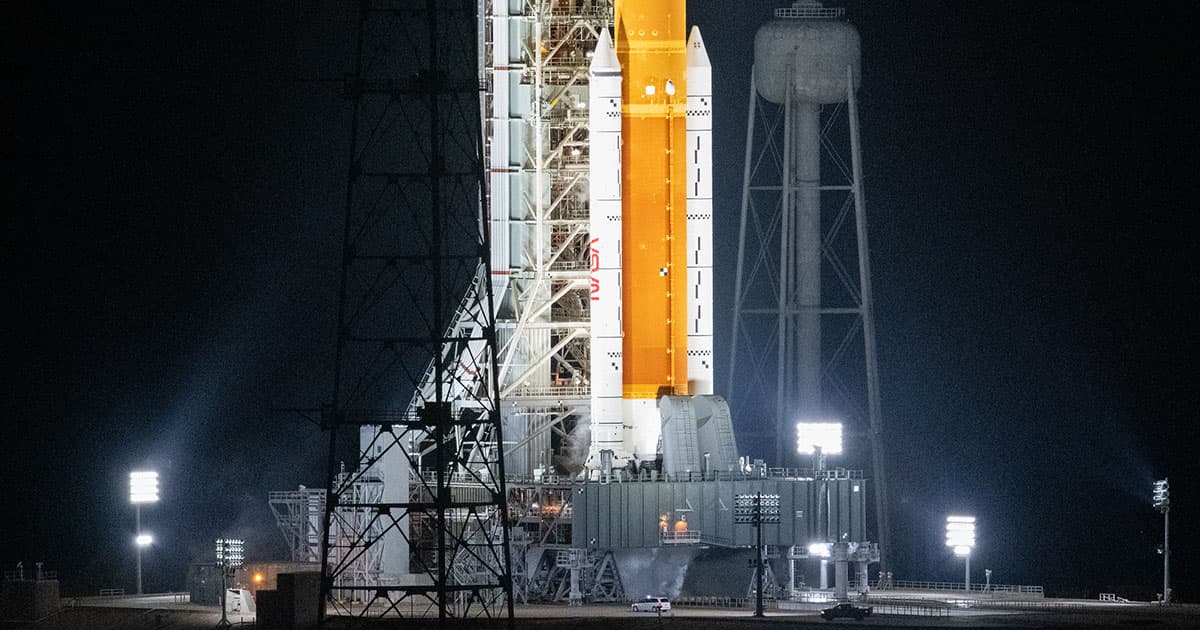 It's always funny when a piece falls off something very expensive.

It's always funny when a piece falls off something very expensive.

It appears that some pieces may have fallen off of NASA's Space Launch System as it propelled the first Artemis mission toward the Moon last night — and though it's always funny when a piece falls off something very expensive, spokespeople at NASA say it's not a big deal.

At least two NASA officials commented on the possible "debris liberation" of pieces from the rocket. In English, that translates to "pieces flying off the uber-expensive and overdue rocket."

"NASA's [TV host Derrol] Nail says the launch team has been studying a new issue: The 'possible liberation' of the RTV material (a type of caulk)," CNBC space reporter Michael Sheetz tweeted just before the successful Artemis launch. "There is a sensor that 'is loose' and 'is likely to come after launch.'"

In spite of how serious that sounds, Sheetz added that NASA assessed the situation and found that it wasn't too bad.

"Debris trajectory analysis found 'no additional risk,'" the reporter tweeted, and noted that Nail went on to claim that the sensor connected with RTV caulking "was just removed," whatever that means.

"Assuming the RTV comes loose," Sheetz continued, "it's expected to hit a 'rigid structure' of the cone shaped adapter between Orion and the ICPS that can 'withstand the impact.'"

This potential "debris liberation" appears to have been confirmed by Artemis mission manager Michael Sarafin, who per SpacePolicyOnline's Marcia Smith said that "there was some indication we had debris liberation early in ascent," but that it's nevertheless "too early to say for sure."

It is indeed too soon to tell whether stuff flew off of NASA's long overdue and very expensive Moon rocket — but if it did, the agency assures the public that it really isn't a big deal at all.