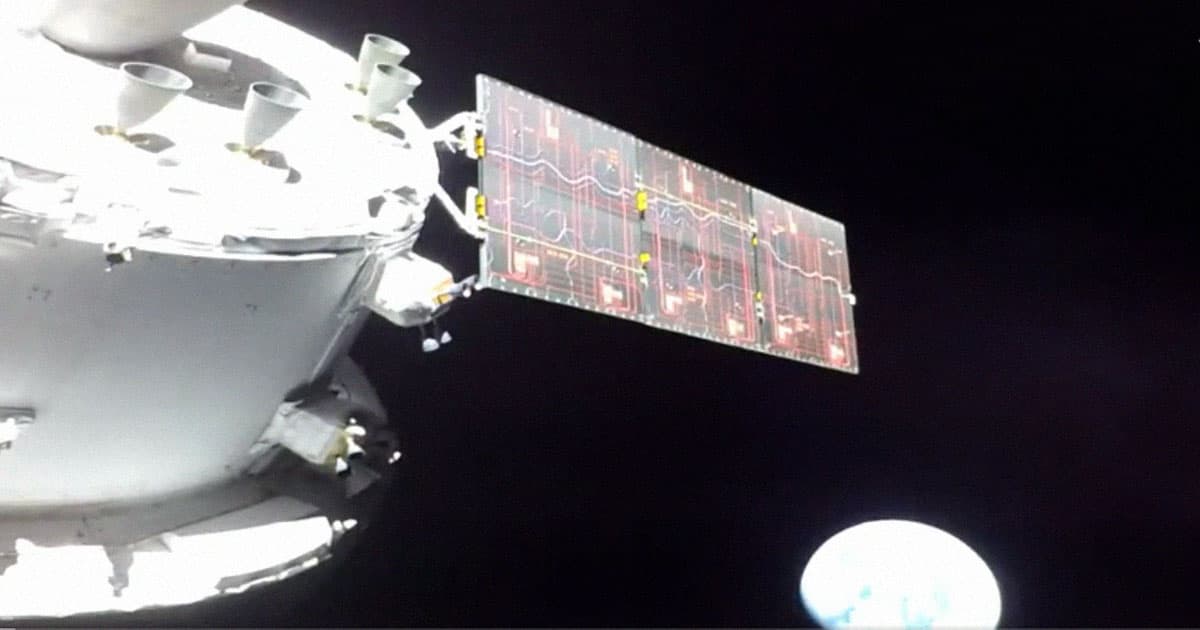 You Got This Moonikin

And the views are genuinely breathtaking. A new timelapse shows the capsule reorient itself, leaving a rapidly shrinking Earth behind — a worthy celebration of a historic moment in human space exploration, and a reminder that we are very small in the grand scheme of things.

Later views, shared by NASA, show the spacecraft saying goodbye to an even smaller Earth.

"This view of Earth captured from a human-rated spacecraft not seen since 1972, during the final Apollo stages some 50 years ago," a NASA commentator said during the agency's livestream of the event. "The views of our blue marble in the blackness of space now capturing the imagination of a new generation — the Artemis generation."

New views of planet Earth from @NASA_Orion as #Artemis I journeys to the Moon. Orion is 9.5 hours into a 25.5-day test flight. pic.twitter.com/CBaA4ZOK4X

Commander Moonikin Campos is joined by two other "crewmates" called Helga and Zohar, two legless mannequins that will measure the amount of space radiation future crews could be exposed to on their journey to the Moon and back.

Orion will be spending the next 25 days in space and is expected to splash down on December 11 in the Pacific Ocean. And we'll be following it along every step of the way.

More on the launch: Giant NASA Rocket Blasts Off Toward the Moon