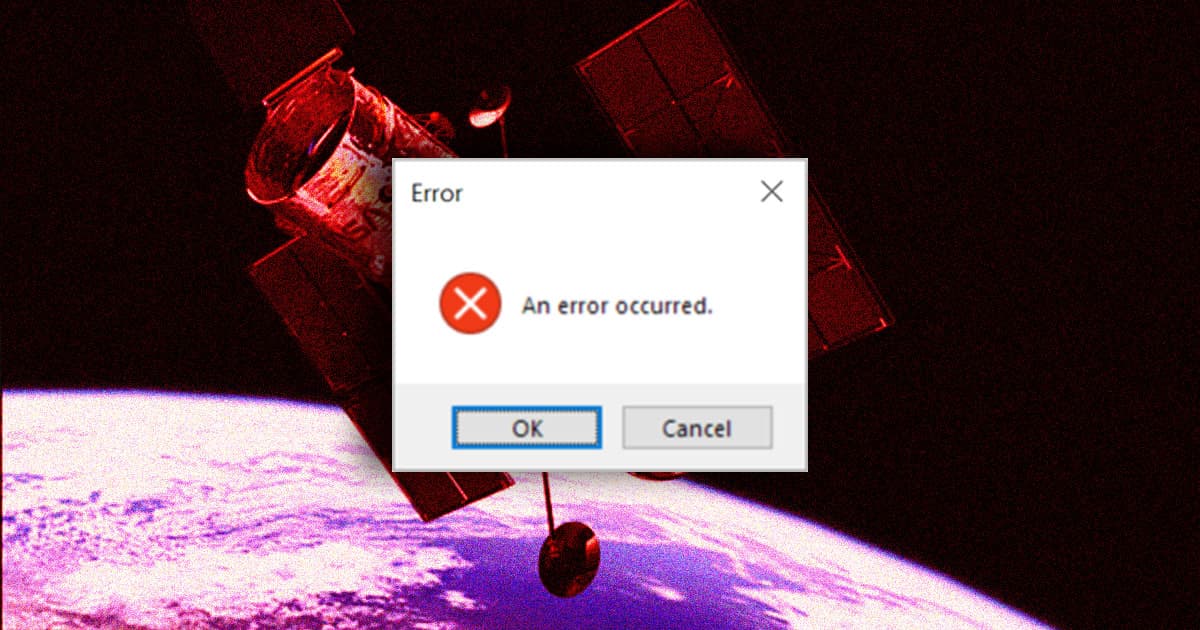 Back into safe mode.

Back into safe mode.

The orbital observatory has been put into safe mode yet again, according to a NASA update, and halting all science operations. Hubble's science instruments encountered an issue on October 23, related to synchronizing instruments and the commands and data requests sent from Earth.

It's yet another unfortunate predicament for the groundbreaking spacecraft, which has been in orbit in 1990, delivering some of the most magnificent views of our galaxy in human history.

As a precaution, the telescope's instruments entered safe mode state, as designed.

Now, Hubble scientists are poring over the data to figure out how to address the synchronization issue and how to get more data from the spacecraft. NASA says these that "these activities are expected to take at least one week."

NASA also says that "the rest of the spacecraft is operating as expected."

The news comes after the aging space telescope experienced some serious computer issues, forcing teams to switch to an on-board backup computer earlier this year.

In July, NASA announced some good news, revealing that the move was successful.

Hubble has been in orbit for 31 long years and has had to be serviced in person several times. The last time astronauts were able to visit the telescope for servicing was in 2009.

But that was on board NASA's Space Shuttle, which has long been retired. Astronauts currently have no way to return to the telescope, making any software or hardware issues exceedingly difficult to address — and meaning that any new problem could potentially be fatal.

And Beyond
How NASA Got Price Gouged on the SLS, According to Its Former Second-in-Command
Yesterday
Read More
Carbon-Based
NASA Rover Finds New Potential Evidence for Ancient Life on Mars
Jun 28
Read More
So Long
Tragedy! NASA Says the Voyager Space Probes are Powering Down
Jun 16
Read More
+Social+Newsletter
TopicsAbout UsContact Us
Copyright ©, Camden Media Inc All Rights Reserved. See our User Agreement, Privacy Policy and Data Use Policy. The material on this site may not be reproduced, distributed, transmitted, cached or otherwise used, except with prior written permission of Futurism. Fonts by Typekit and Monotype.