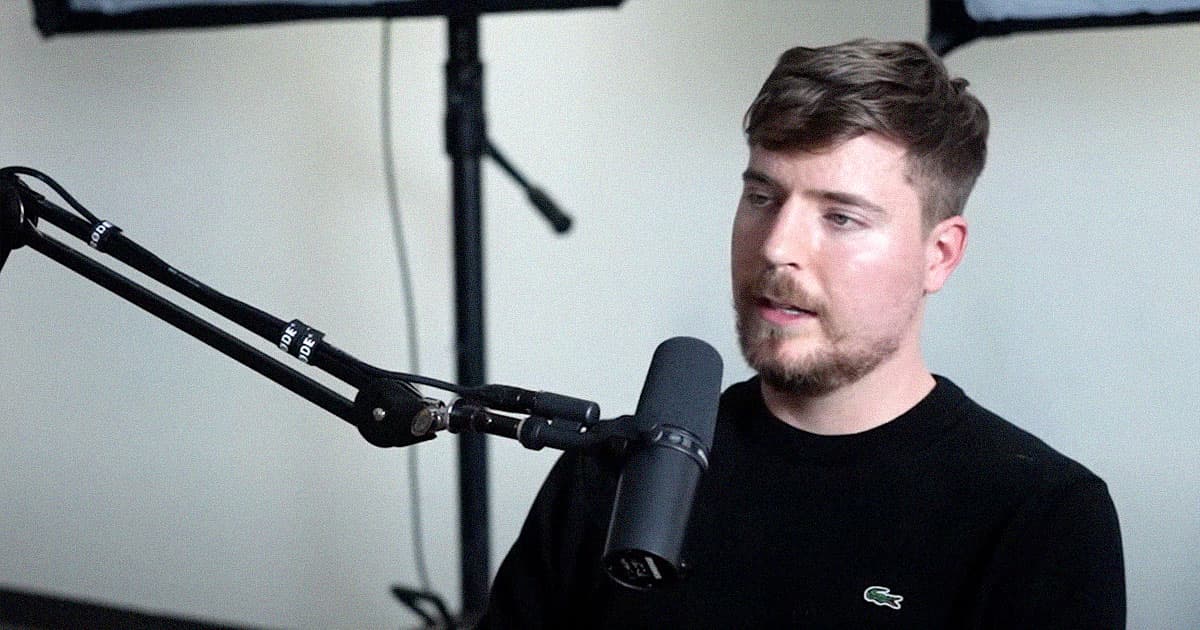 "That would be really nice."

"That would be really nice."

Jimmy "Mr. Beast" Donaldson, the youth-beloved YouTuber behind videos like "I Spent 50 Hours Buried Alive" and "I Ate $100,000 Golden Ice Cream," proclaims in his Twitter bio that he wants to "make the world a better place before he dies."

A noble goal. Fortunately, he may end up having plenty of time to pull it off, since he thinks he'll probably live for several hundred years. Or at the very least, until 130.

"I kind of hope that someone like Elon, or one of these freaky smart people, would just be like, you know, screw it," the YouTuber pondered on Elon Musk reply guy Lex Fridman's podcast. "Get it where we could be two to three hundred years old... and just kind of save us... that would be really nice."

Of course, Donaldson isn't the only extremely rich person who thinks a good 80 or so years is cutting it a lil' short. (Although we wouldn't suggest that the the YouTube philanthropist turn to Musk to "save" him from his own mortality  — the SpaceX founder is notably opposed to immortality tech.)

From Jeff Bezos' anti-death longevity startup to the allegedly vampiric Peter Thiel, a number of the tech industry's top players are or have been rumored to be chasing life-extension breakthroughs. And billionaires aside, when you zoom out on Silicon Valley, the anti-aging practices of "biohacking" are deeply woven into the tech industry — surely a less on-the-nose anti-aging practice than, say, pouring millions into supposedly cell-rejuvenating, death-defying technologies, but a lite version of the billionaire trend to say the least.

That said, if our empire was built on high-dollar pranks consumed mostly by young people, we'd also want to postpone the aging process. Once you hit 40, YouTube stunts just don't hit the same.

In any case, we'd probably recommend that anyone looking to live to 130 and beyond consume MrBeast Burgers in relative moderation.

More cowbell, less mortality.
Disrupting the Reaper: Tech Titans' Quest for Immortality Rages Forward
10. 12. 18
Read More
Save Yourselves
Furious Marsupial So Thirsty For Sex That It’s Dying, Scientists Warn
Yesterday
Read More
We're in Hell
Scammers Are Already Convincing Idiots They Can Get Rich Using ChatGPT
Yesterday
Read More
+Social+Newsletter
TopicsAbout UsContact Us
Copyright ©, Camden Media Inc All Rights Reserved. See our User Agreement, Privacy Policy and Data Use Policy. The material on this site may not be reproduced, distributed, transmitted, cached or otherwise used, except with prior written permission of Futurism. Articles may contain affiliate links which enable us to share in the revenue of any purchases made.
Fonts by Typekit and Monotype.