"The longer you're around, the more your wealth compounds." 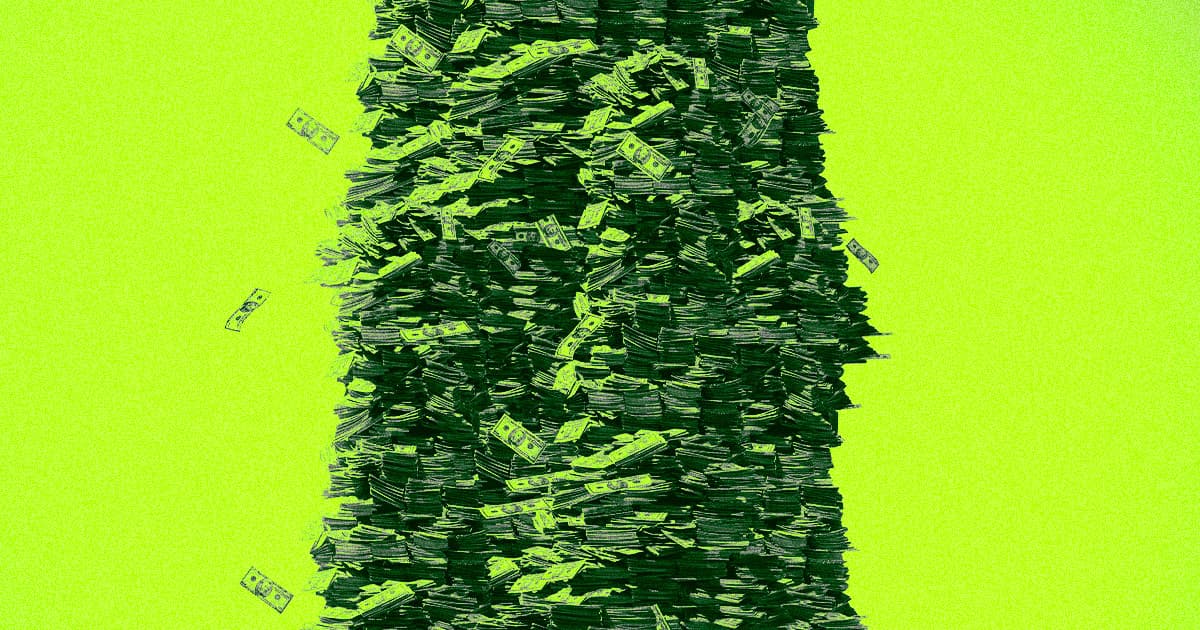 Let's be clear: modern science has done a lot of incredible things for human health. We live way longer than we used to, and quality of life is remaining far better, for far longer, than at any other point in history.

But there are a lot of wealthy people out there who don't just want to live longer. They want to live forever, and they're using their deep pockets to try to make it happen. In fact, Wired just declared that anti-aging research in 2023 could "kickstart the greatest revolution in medicine since the discovery of antibiotics."

Could all that hype fall short? Sure, and it likely will. But it's also possible that the quest for immortality could mark a grim new inflection point in the history of wealth.

That's not just because it might mean that humanity will simply have to exist with the glare from an immortal Jeff Bezos' glistening scalp for eternity, but because such technology might mean that people like Bezos, whose money equals a whole lot of power, would be able to continue compounding that wealth and power for, well, forever.

"Suppose, for example, we had a kind of vaccine for the pandemic of age," Christopher Wareham, a bioethicist at Utrecht University who studies the ethics of aging, told The Financial Times. "This is going to potentially exacerbate all the kinds of existing inequalities that we have... The longer you're around, the more your wealth compounds, and the wealthier you are, the more political influence you have."

It's a bone-chilling hypothesis, to say the least. Time, of course, is the central reason why anything really changes, politics included. Old leaders and belief systems die, new citizens with fresh ideas are born; in Wareham's dystopian postulation, dictators and autocrats, as well as their donors, would additionally flock to the still-mythic technological fountain of youth.

And seeing as how neither wealth nor power, political or otherwise, are historically something that folks are too keen to share, it's not exactly outlandish to assume that the already-rich makers of such a miracle drug or device might employ some hefty gatekeeping efforts. (Fascinatingly, billionaire SpaceX founder and hopeful Mars colonizer Elon Musk is very much opposed to immortality tech on grounds that leaders should definitely die at some point.)

That being said, some in the field are grappling with these issues, at least in principle. Mehmood Khan, for example, chief executive of longevity nonprofit Hevolution Foundation, told the FT that his organization is only funding products that can be "democratized."

"If this is going to be a gazillion dollars' worth of treatment for a handful of people," he told the outlet, "it is of no interest."

Elsewhere, the Bezos-funded Altos Labs, founded with the intention of materializing "cellular rejuvenation programming" to "reverse" disease and injury, says that it's committed to helping as many people as possible.

But of course, as anyone of these organizations has yet to crack the code on immortality, or even an added twenty years to the human lifespan, these are just promises. But any breakthrough would be a financial jackpot in its own rite, and across the board, when that much money — and again, that much power —  are involved, promises are easily broken.

Anyway. See you in MetaHeaven, where we sacrifice our data to our meat-smoking Lord Zucko in exchange for eternal algorithmic life. Our only holiday is Prime Day, established globally after The Great Merge, and Peter Thiel may or may not be somewhere on post-apocolypse Earth wearing a cape, avoiding garlic, and sitting on a massive pile of gold coins in a bunker with Bezos and the Kardashians. Catch you on the other side of mortality!

READ MORE: The start-ups seeking a cure for old age [The Financial Times]

Read This Next
Lucky Bastard
Billionaire Space Tourist Basically Says "Let Them Eat Cake"
Futurism
An End to Aging: Can Science Allow Humans to To Become Immortal?
More on Future Society
Bird Crap
Feb 4 on the byte
It Looks Like Elon Musk Is Actually Building a Twitter Payment Platform
Balloon News
Feb 3 on futurism
China Says "Spy Balloon" Soaring Over America Is Completely Innocent
Down in Flames
Feb 1 on the byte
Elon Musk Apparently Thinks Twitter Is a "Flaming Dumpster Rolling Down the Street"
READ MORE STORIES ABOUT / Future Society
Keep up.
Subscribe to our daily newsletter to keep in touch with the subjects shaping our future.
+Social+Newsletter
TopicsAbout UsContact Us
Copyright ©, Camden Media Inc All Rights Reserved. See our User Agreement, Privacy Policy and Data Use Policy. The material on this site may not be reproduced, distributed, transmitted, cached or otherwise used, except with prior written permission of Futurism. Articles may contain affiliate links which enable us to share in the revenue of any purchases made.
Fonts by Typekit and Monotype.