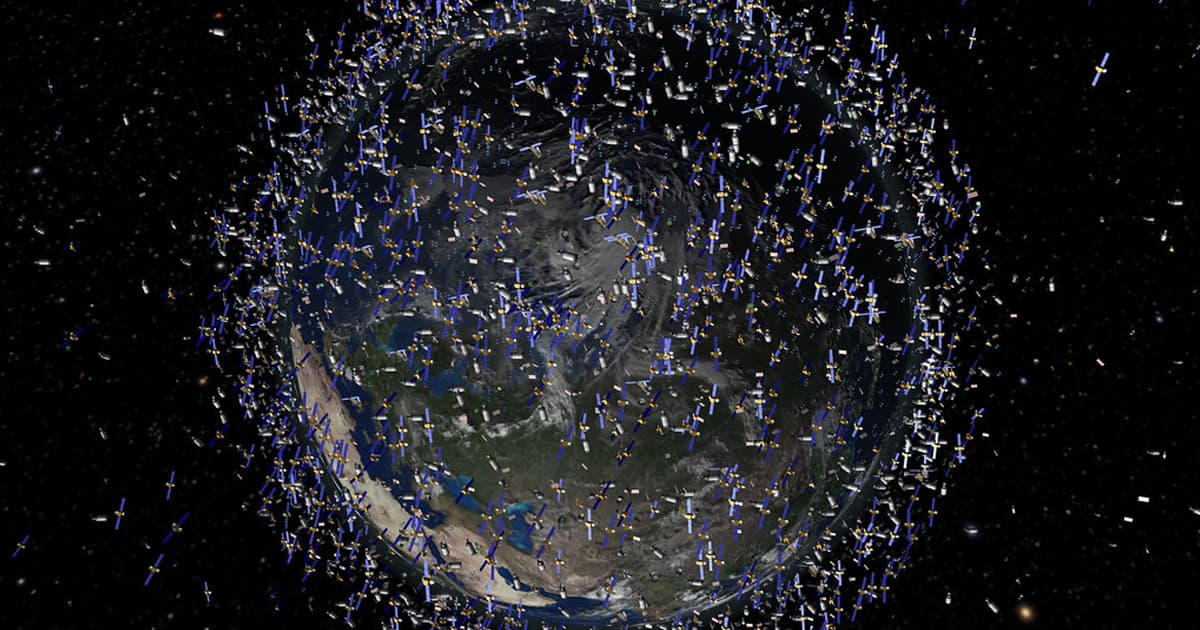 Research: Most Geosynchronous Space Junk Has Never Been Catalogued

Tiny bits of garbage, whipping around our planet, could be a bigger hazard than we thought.

Tiny bits of garbage, whipping around our planet, could be a bigger hazard than we thought.

Space debris poses a serious threat to any satellites — or astronauts — orbiting the Earth. And new research suggests that it's an even bigger problem than we thought.

The U.S. Strategic Command manages a database of space objects, including orbital debris, but it can only monitor objects that are at least one meter across. Unfortunately, the majority of objects orbiting the planet could be smaller than that, according to research published in the journal Advances in Space Research. It suggests that future space missions need to take extra considerations, lest they get smacked by an unexpected piece of junk.

Scientists from the University of Warwick took a survey of objects in geosynchronous orbit and found that more than 75 percent of the junk had never been officially cataloged.

"With this survey, we've probed deeper than ever before, and still the population appears to be climbing as our sensitivity limit is reached," Warwick physicist and lead author James Blake said in a press release.

Each time a piece of junk gets left in orbit, it becomes a new hazard for space agencies to avoid. Just this week, the International Space Station had to maneuver out of the way of a piece of space junk, after which NASA Administrator Jim Bridenstine said the problem is getting worse.

The @Space_Station has maneuvered 3 times in 2020 to avoid debris. In the last 2 weeks, there have been 3 high concern potential conjunctions. Debris is getting worse! Time for Congress to provide @CommerceGov with the $15 mil requested by @POTUS for the Office of Space Commerce.

And these uncatalogued,smaller objects can still travel at several kilometers per second, so they'd pack a serious punch if they smacked into a satellite or spacecraft.

More on space junk: The ESA Is Sending a Robotic Junk Collector Into Space