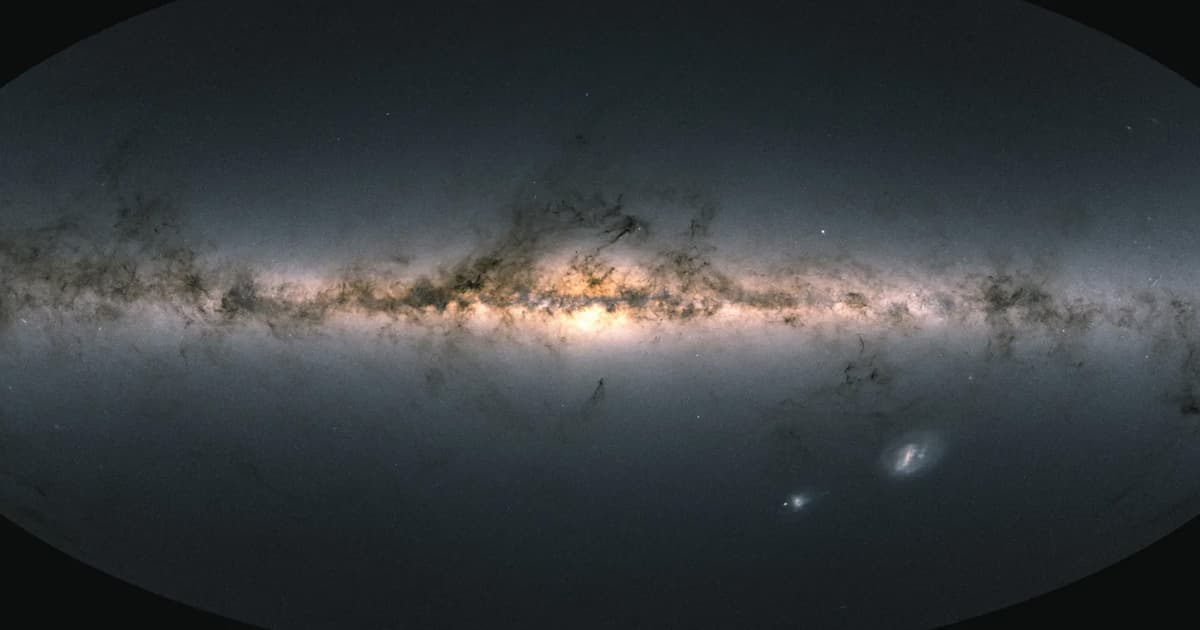 You can check it out right here.

You can check it out right here.

The European Space Agency (ESA) just released the most detailed map of the Milky Way galaxy ever assembled.

The 3D map — which makes the Milky Way look like an egg-shaped lattice — includes the positions and movements of almost 2 billion stars within our galaxy, according to The Guardian. Aside from being an outstanding accomplishment on its own, the map has already helped scientists uncover new secrets about the cosmos.

The map is the end product of seven years' worth of observations conducted by the ESA's Gaia observatory, which has been studying the cosmos from its orbit around the Earth since it was launched back in 2013.

"What we’re really doing here is getting a very detailed map of the local universe that’s in three dimensions for stars out to a few hundred light years," Nicholas Walton, Gaia team member and University of Cambridge astronomer, told The Guardian.

The map is so detailed, in fact, that scientists are already using it to learn about the Milky Way's relationship to its satellite galaxies, according to The Guardian. It could also help scientists finally weigh the galaxy, a shockingly complex calculation that's been attempted several times over the years.

"Gaia has been staring at the heavens for the past seven years, mapping the positions and velocities of stars," Caroline Harper, space science head at the U.K. Space Agency, told The Guardian. "Thanks to its telescopes we have in our possession today the most detailed billion-star 3D atlas ever assembled."