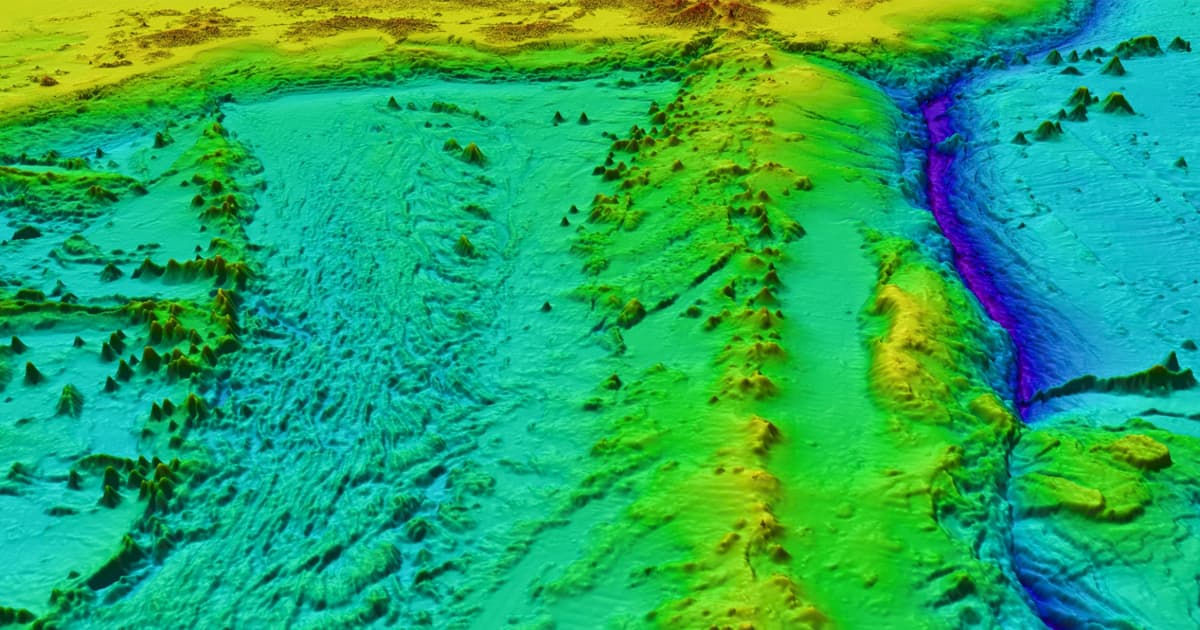 We should probably finish exploring our own world first.

We should probably finish exploring our own world first.

An international team of scientists funded by billionaire investor Victor Vescovo recently announced that it's mapped about 20 percent of the ocean floor — and the fact that that's a major improvement over how little had previously been explored reveals just how much of our planet remains shrouded in mystery.

According to the team's update, the Seabed 2030 project added an area just about the size of the United States to its map of the ocean floor. That's actually a pretty significant slowdown in the overall mission to map out the entire global ocean floor by 2030, Live Science reports, due to pandemic-related hiccups.

Given those low numbers, it seems almost comical how low of a priority it is to map out, to say nothing of actually understanding our own planet compared to, say, exploring the surface of the Moon and Mars.

To be fair, reaching and then traversing the ocean floor is an exceptionally difficult engineering challenge, and scientists can learn a lot about the Moon by craning their necks back and looking at it.

Still, as Live Science notes, building a map of the ocean floor would give scientists an invaluable new tool as they try to understand the Earth, as well as how the ocean influences and is influenced by the changing climate. Given the horrors of climate change that likely await us, that seems like it ought to be a priority.

It may seem like seafloor and lunar exploration is a bit of a false equivalency, but there's good reason to make mapping out and studying the vast, unknown swathes of ocean floor a higher priority. Unless you know something that we don't, the Moon isn't going anywhere any time soon.

But the mining industry is actively digging up chunks of the seafloor, causing an unknowable amount of damage to the environment below and potentially rendering entire ecosystems lost to science before they're ever found in the first place.

More on ocean mapping: A Fleet of Underwater Robots Will Create Detailed Map of Marine Microbes

Moon Sims
Brutal Video Simulates When Earth Hit Another Planet Many Years Ago
10. 6. 22
Read More
There They Go
Biotech Company Officially Unleashes Gene-Hacked Mosquitoes in Florida
5. 5. 21
Read More
Gene-Hacked Blood Suckers
Residents Furious at Release of 500 Million Gene-Hacked Mosquitoes
4. 26. 21
Read More
+Social+Newsletter
TopicsAbout UsContact Us
Copyright ©, Camden Media Inc All Rights Reserved. See our User Agreement, Privacy Policy and Data Use Policy. The material on this site may not be reproduced, distributed, transmitted, cached or otherwise used, except with prior written permission of Futurism. Articles may contain affiliate links which enable us to share in the revenue of any purchases made.
Fonts by Typekit and Monotype.