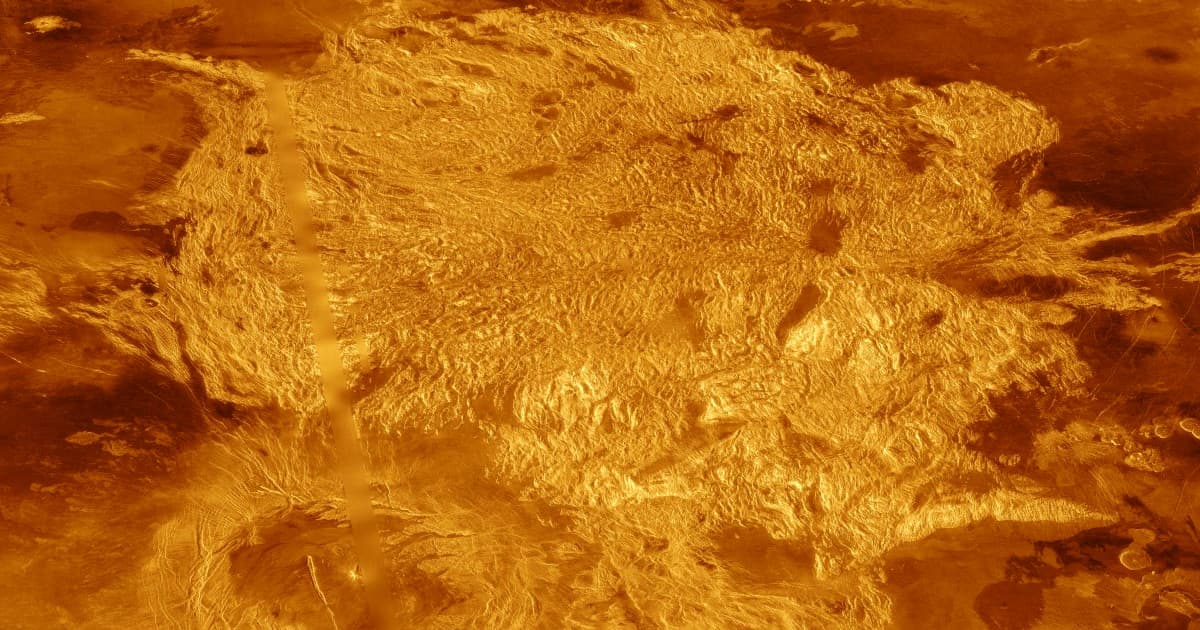 The Moon Might Be Littered With Ancient Shrapnel From Venus

"The Moon offers safe keeping for these ancient rocks."

"The Moon offers safe keeping for these ancient rocks."

The surface of the Moon may be covered in rocks that came from Venus — potentially making it easy to study our hellish planetary neighbor.

Billions of years ago, Yale astronomers theorize, asteroids and comets impacting Venus could have dislodged chunks of the planet's surface and send them careening through the stars. If they did, CNET reports, then some of these Venusian meteorites may have made their way to Earth or the Moon, giving easier access to samples from a planet where recent findings suggest extraterrestrial life could possibly be hiding.

It's fairly speculative work, which the authors concede in their research, which was accepted for publication into the Planetary Science Journal. But the two astronomers behind the work suggest it's worth keeping an eye out, given the possibility of obtaining material from Venus without having to actually go there.

"The Moon offers safe keeping for these ancient rocks," study coauthor Samuel Cabot said in a press release. "Anything from Venus that landed on Earth is probably buried very deep, due to geological activity. These rocks would be much better preserved on the Moon."

The researchers are counting on more than random luck. They argue that the Earth and Moon's gravitational pulls would be more than enough to draw in the Venusian meteorites.

"An ancient fragment of Venus would contain a wealth of information," coauthor Gregory Laughlin said in the release. "Venus' history is closely tied to important topics in planetary science, including the past influx of asteroids and comets, atmospheric histories of the inner planets, and the abundance of liquid water."

READ MORE: Bits of Venus may be lurking on the moon, scientists suggest [CNET]