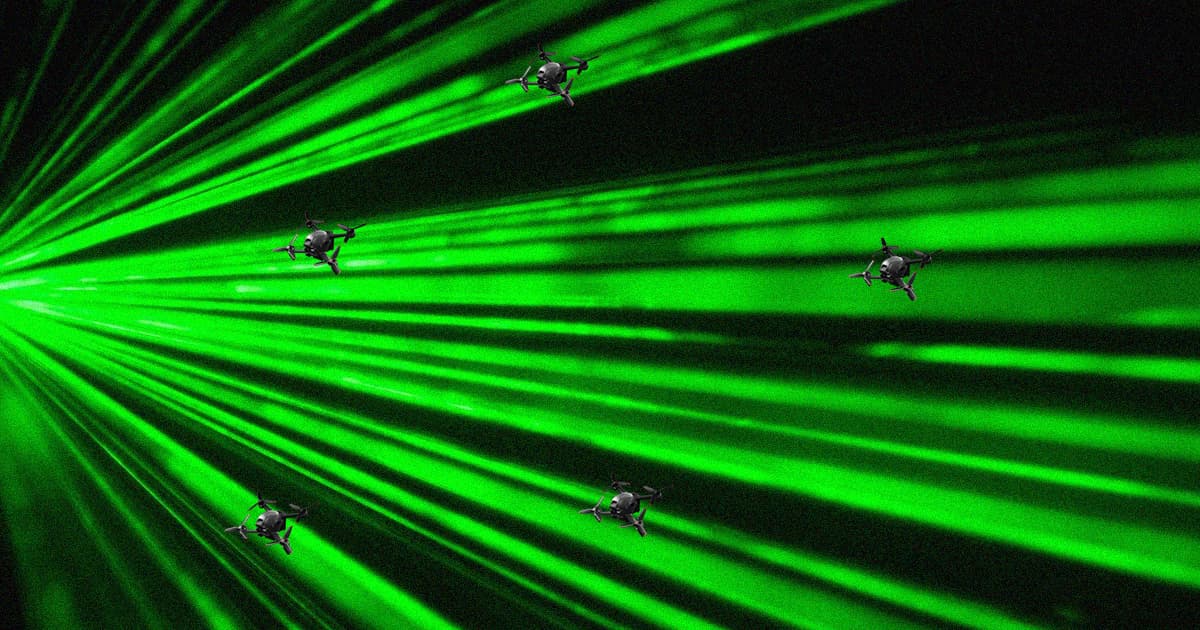 The system can take out multiple drones at a time.

The system can take out multiple drones at a time.

Los Angeles-based startup Epirus has an idea to take out enemy drone swarms: a weapon that blasts out beams of high-power microwaves.

The weapon, dubbed Leonidas, is small enough to fit on the back of a pickup truck and can emit powerful microwaves that force target drones out of the sky, New Scientist reports.

"Our systems allow us the capability to widen or narrow the beam and put a null in any direction to disable enemy targets and nothing else," CEO Leigh Madden told New Scientist.

Epirus is now working on an even smaller device that could potentially be carried by operators on the ground.

During a demo for an unnamed US government client earlier this year, the system was able to take out all 66 drone targets, at times taking out multiple drones in one fell swoop.

Accuracy is very important, because if the weapon ever veered off target it could end up "damaging the electrical power infrastructure or frying people’s electronic devices," as defense think tank RUSI research fellow Justin Bronk told the magazine.

Considering the recent boom in the use of drones in a number of areas including the military and food delivery, there's bound to be a growing demand in ways to pluck unwanted drones out of the sky.

For instance, such a system would have been particularly useful when rogue and unexpected drones shut down an entire international airport in late 2018.