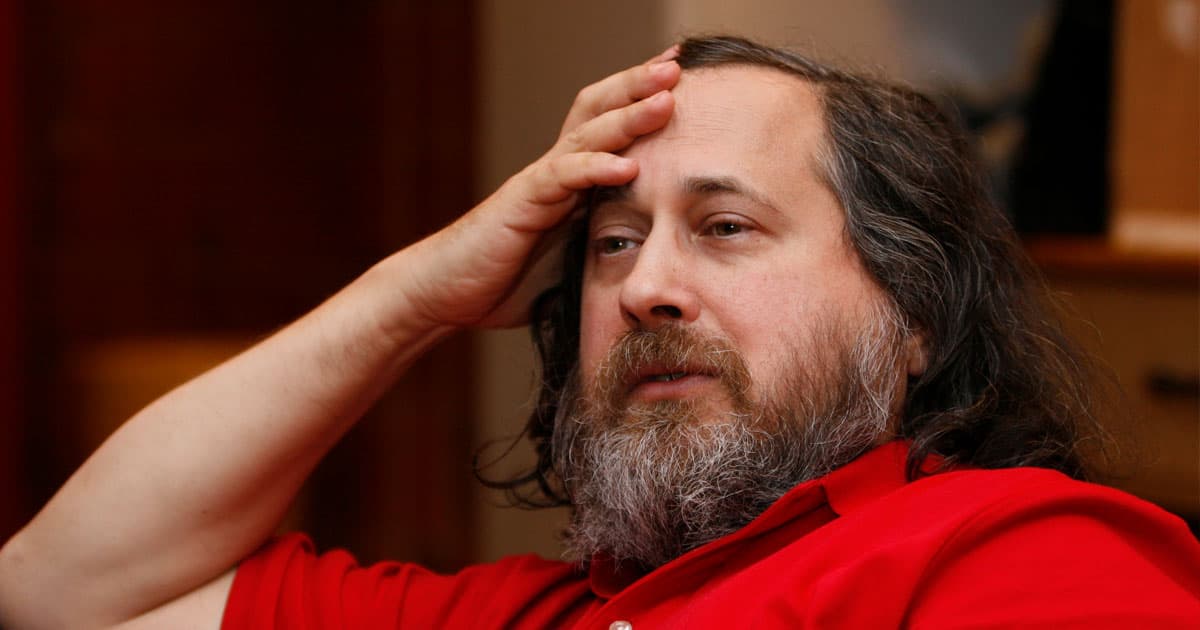 Richard Stallman is backpedaling his disgusting comments defending Jeffrey Epstein — and sex with kids as young as 14.

Richard Stallman is backpedaling his disgusting comments defending Jeffrey Epstein — and sex with kids as young as 14.

Stallman got widely roasted last week when he made some appalling comments about Jeffrey Epstein's sex crimes, suggesting that the financier's victims somehow consented to the sex trafficking scheme. But now, in the face of near-universal backlash — and scrutiny of even worse comments he's made in the past — the storied programmer and activist is walking it back.

Stallman's nasty comments last week drew attention to some even more appalling stuff he said back in the mid-2000s. In one 2003 post, the famed coder even wrote that "everyone age 14 or above ought to take part in sex, though not indiscriminately."

Sickeningly, he also opined that some kids "are ready earlier."

But on Saturday, Stallman posted on his personal webpage that he'd changed his mind.

"Many years ago I posted that I could not see anything wrong about sex between an adult and a child, if the child accepted it," Stallman wrote. "Through personal conversations in recent years, I've learned to understand how sex with a child can harm per psychologically. This changed my mind about the matter: I think adults should not do that. I am grateful for the conversations that enabled me to understand why."

Stallman also posted a second bizarre statement on Saturday, pushing back against media coverage that he had defended Epstein.

Evil Personified
Melinda Gates Slams Ex-Husband for Friendship With "Abhorrent" Jeffrey Epstein
3. 3. 22
Read More
Lolita Express
Jeffrey Epstein's Private Pilot Says Famed NASA Astronaut Rode on His Jet
12. 2. 21
Read More
Gates Closed
Bill Gates Reportedly Left Microsoft Board Amid Sex Allegations
5. 17. 21
Read More
+Social+Newsletter
TopicsAbout UsContact Us
Copyright ©, Camden Media Inc All Rights Reserved. See our User Agreement, Privacy Policy and Data Use Policy. The material on this site may not be reproduced, distributed, transmitted, cached or otherwise used, except with prior written permission of Futurism. Articles may contain affiliate links which enable us to share in the revenue of any purchases made.
Fonts by Typekit and Monotype.