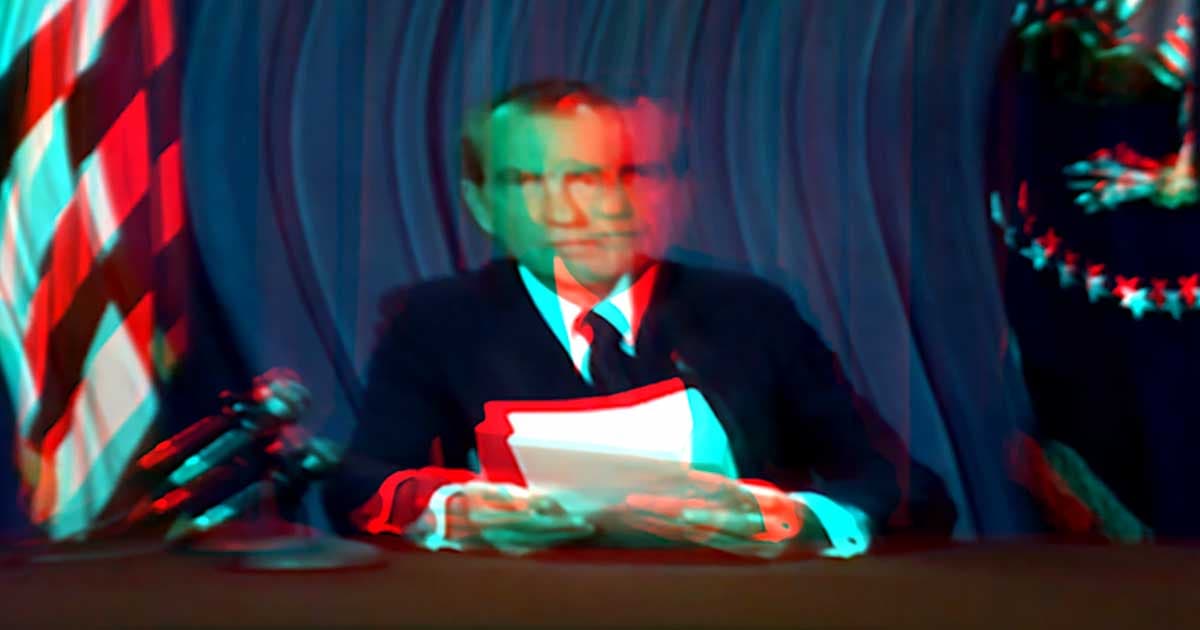 A video shows the speech Nixon would have given if Apollo 11 failed.

A video shows the speech Nixon would have given if Apollo 11 failed.

In the event that Apollo 11 — the NASA mission that sent Neil Armstrong and Buzz Aldrin to the surface of the Moon — failed, President Nixon had a speech written and ready to go.

Because the mission succeeded, Nixon never delivered the speech, but MIT engineers used deepfake technology to create a news broadcast in which a digitally-reconstructed Nixon delivers the bad news, WBUR News reports. The deepfake, which will be presented at a film festival Friday, illustrates just how easy it is to make virtual puppets deliver convincing speeches, even if they're totally removed from history.

Francesca Panetta, co-director of the larger film in which the deepfake appears, told WBUR that she had someone actually read the script while impersonating Nixon's intonation and then used software to make the recording sound even more like Nixon's voice. It's not the most advanced way to create deepfakes out there, but it still gets the job done.

"I had one person say, 'Oh, so you got an impersonator to impersonate Nixon,'" she told WBUR. "They didn't think it was a synthetic voice. I had someone else say, 'Oh, so Nixon actually did record this? They filmed him saying this as a contingency speech then in case it happened?' And I was like, 'Wow! OK — you thought they filmed this before. I guess it worked.'"