But only under very specific circumstances. 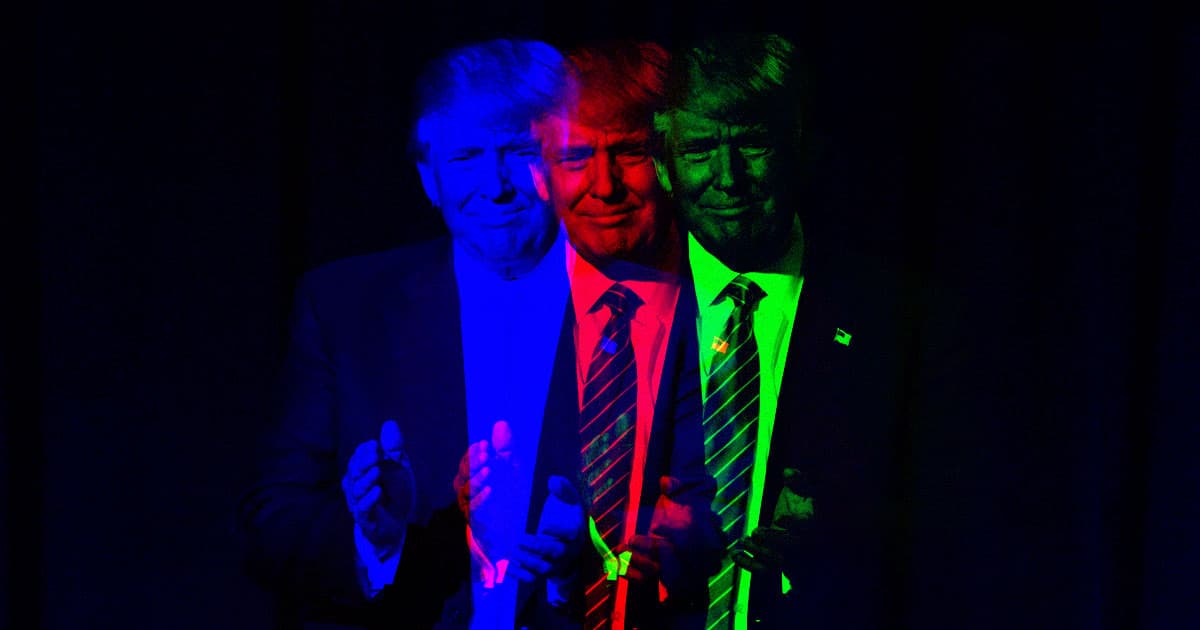 The first, Assembly Bill 602, gives victims of pornographic deepfakes — by far the most common type on the internet — the right to sue the video's creators.

The other, Assembly Bill 730, takes aim at a far less prevalent but potentially more dangerous type of deepfake — ones featuring politicians — but it might not do enough to actually address the root of the problem.

With the signing of AB 730, it's now illegal for anyone in California to distribute a photo, audio, or video deepfake of a political candidate within 60 days of an election. Specifically, the law applies to the distribution of content designed to "injure the candidate’s reputation or to deceive a voter into voting for or against the candidate."

AB 730 does not apply to satire or parody videos, or to deepfakes that include a disclaimer noting that they've been manipulated — notable distinctions that could ensure the bill doesn't run afoul of the First Amendment right to free speech.

So, using that clip as an example, Pelosi could seek damages from the creator and disseminator of the video if they posted it online within 60 days of an election in which she was running. However, she couldn't take a parody YouTube account to court if it shared a similar clip depicting her as drunk — no matter how close to an election.

Unfortunately, the bill might not do much to actually address the problem of these deepfakes affecting elections. Many of them are posted anonymously, and while The Daily Beast did manage to track down the likely creator of the Pelosi video, it wasn't until long after the deepfake had already spread across the internet.

So, yeah, this new bill may hold creators of political deepfakes accountable for their actions — assuming they can be tracked down and only after a potentially lengthy legal process — and maybe that'll be enough to discourage some from creating the videos.

But it does nothing to stop the deepfakes from hitting the web in the first place — and once uploaded, each clip is just a series of shares away from spreading election-influencing misinformation far and wide.

Read This Next
Deepfaked Neighbors
Trashy TV Prank Show Deepfakes Celebrities Into Jackass-Style Situations
MSNBS
MSN Deletes Fake News About Mermaids and Bigfoot, Runs New Story About Haunted Ventriloquist Dummy
Leader Lars
New European Political Party Is Led by an Artificial Intelligence
Computer D'Etat
Data Scientists Say They've Developed Algorithms to Predict the Next Coup Attempt
First Domino
Tech Hub San Francisco First US City to Ban Facial Recognition
More on Artificial Intelligence
AI Asshole
7:49 PM on the byte
BuzzFeed Columnist Tells CEO to "Get F*cked" for Move to AI Content
Bad Bots
6:13 PM on the byte
Oxford Scientists Warn AI Could Be More Deadly Than Nuclear Weapons
Once a Cheat
3:21 PM on the byte
89 Percent of College Students Admit to Using ChatGPT for Homework, Study Claims
READ MORE STORIES ABOUT / Artificial Intelligence
Keep up.
Subscribe to our daily newsletter to keep in touch with the subjects shaping our future.
+Social+Newsletter
TopicsAbout UsContact Us
Copyright ©, Camden Media Inc All Rights Reserved. See our User Agreement, Privacy Policy and Data Use Policy. The material on this site may not be reproduced, distributed, transmitted, cached or otherwise used, except with prior written permission of Futurism. Articles may contain affiliate links which enable us to share in the revenue of any purchases made.
Fonts by Typekit and Monotype.