Last week, he thought we had three years. Now he's saying it's less than one. 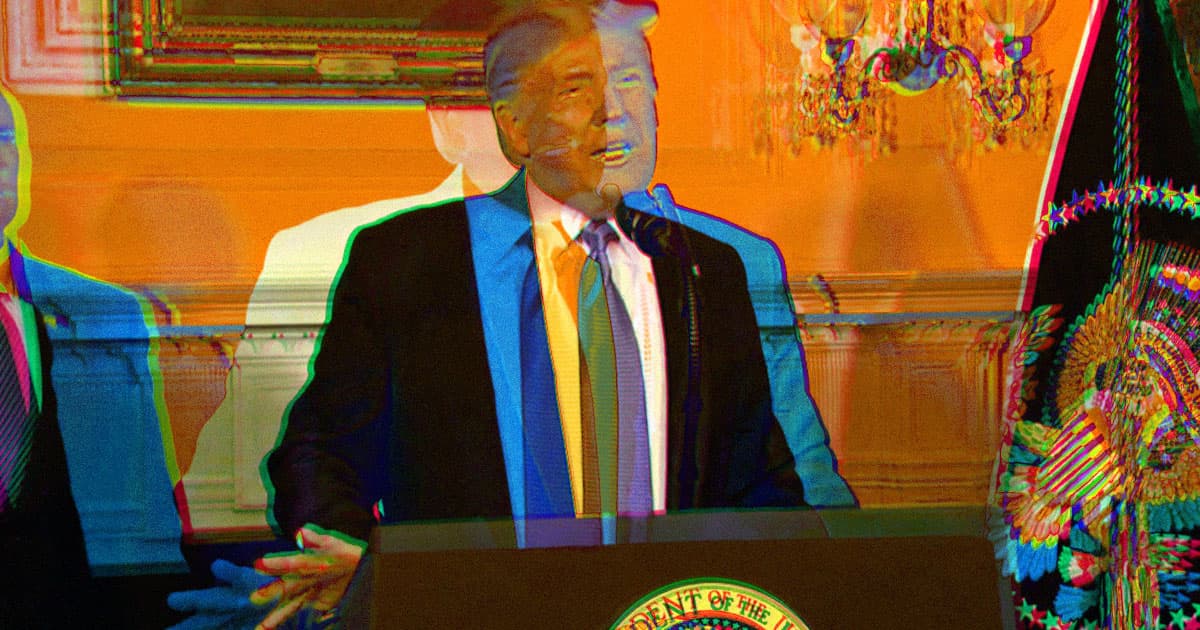 Deepfake technology is advancing so rapidly, even Hao Li — one of the leading experts in the field — is having trouble keeping up.

Li has watertight credentials. When he isn't teaching classes as a professor of computer science at the University of Southern California, he's the creator of some of the most convincing deepfakes out there.

And he's in a predictive mood. On Wednesday, he told attendees at an MIT conference that he believes easy-to-use tech to create perfect deepfakes — ones that are virtually impossible to detect with the naked eye — is just two to three years away.

When CNBC later reached out to Li to ask him what changed in the two days since the MIT conference, he replied that he was forced to "recalibrate" his expected timeline due to an increased focus on deepfake tech and the growing popularity of Zao, a deepfake app that lets users insert their faces into famous films and television shows.

While Zao's application of deepfake tech is relatively harmless, Li and other experts are highly concerned about its potential nefarious uses. If widely available, there's no telling how many bad actors might use deepfake tech to scam companies, steal identities, or even interfere with elections, for example.

To prevent that from happening, Li is currently working with University of California at Berkeley computer science professor Hany Farid to develop technology to detect deepfakes that look entirely real.

“We are working together on an approach that assumes that deepfakes will be perfect,” Li told attendees at the MIT conference, adding that "there will be no way to tell if it’s real or not, so we have to take a different approach."

Just what that approach will be isn't yet clear — but with the 2020 U.S. presidential election now expected to occur after perfect deepfake technology becomes available to everyday internet users, there's no time to waste in figuring it out.

More on deepfakes: Report: 2020 Candidates Are Going to Get Owned by Deepfakes

Read This Next
Rob's Removal
Deepfaked Robert Pattinson TikTok Account Mysteriously Nuked
Mmmm... Deepfakes
Neural Networks Generate Demonic Simpsons Characters Straight From Hell
Rewrite History
Terrifying Deepfake AI Alters Vids to Match Your Transcript Edits
AI Puppeteer
These Full-Body Deepfakes are Like Nothing We've Ever Seen
Futurism
If DARPA Wants To Stop Deepfakes, They Should Talk To Facebook And Google
More on Artificial Intelligence
Paper Chaser
Thursday on futurism
Researcher Tells AI to Write a Paper About Itself, Then Submits It to Academic Journal
Fooled Ya
Thursday on the byte
Company Complains That Users Keep Thinking Its AI Has Come to Life
Craiyon Dreams
Thursday on futurism
The Creator of That Viral Image Generating AI Loves All Your Weird Creations
READ MORE STORIES ABOUT / Artificial Intelligence
Keep up.
Subscribe to our daily newsletter to keep in touch with the subjects shaping our future.
+Social+Newsletter
TopicsAbout UsContact Us
Copyright ©, Camden Media Inc All Rights Reserved. See our User Agreement, Privacy Policy and Data Use Policy. The material on this site may not be reproduced, distributed, transmitted, cached or otherwise used, except with prior written permission of Futurism. Fonts by Typekit and Monotype.