What's growing out of Bart's head!? 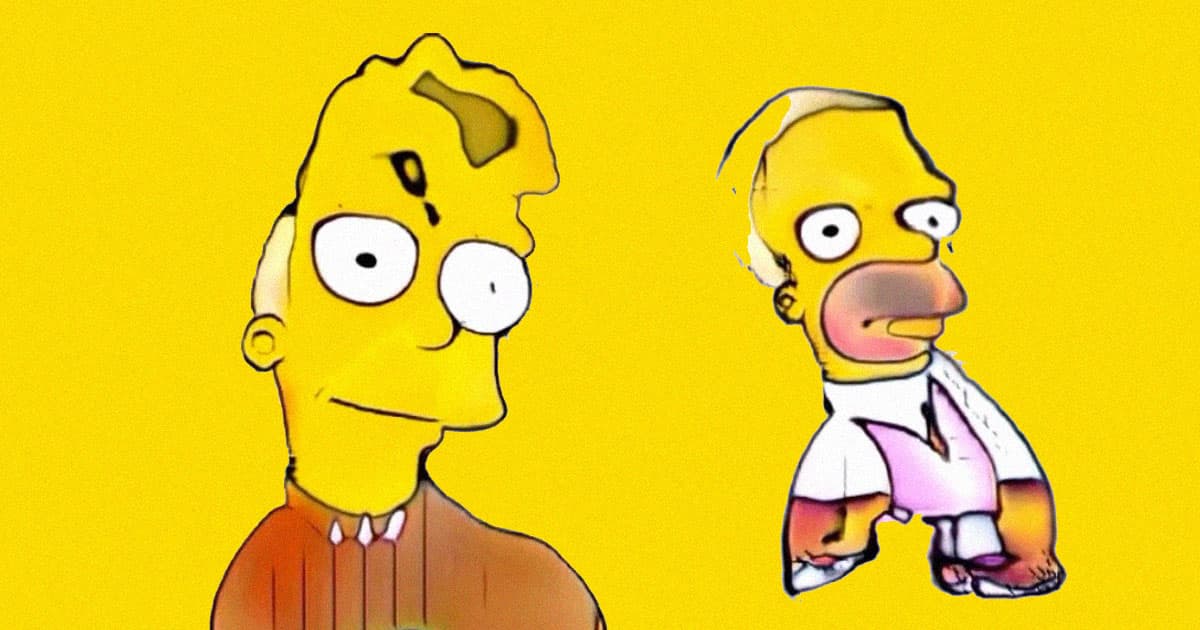 Some mad scientists have been training neural networks with imagery from "The Simpsons" — and the results are, in a word, demonic.

Posted on the delightful MediaSynthesis subreddit by a user whose account is full of trippy art generated by AI, this most recent monstrosity represents the latest in a long line of multimedia artists who use machine learning to pay homage specifically to "The Simpsons."

Using the generative adversarial network machine learning model, which basically is the result of two neural networks duking it out, this user's AI created an ever-shifting abomination that morphs between Bart and Homer, never quite landing on either while inflating the eyes and limbs of the creepy creature it created.

Though there's lots of awesome AI-generated art out there, it seems like "The Simpsons" hold a special place in the hearts of generative artists. Take, for example, the recent buzz surrounding the work of Brazilian generative artist Hidrėlėy Diao, who used a combination of AI and Photoshop to turn beloved characters from the show into creepy, real-life "people."

And it gets even weirder. In 2021, Canada-based AI researcher Tim McSmythurs made waves when he trained a powerful "deepfake" model, which can imitate anyone's voice, with Simpsons characters. On his YouTube channel, McSmythurs (whose name does indeed sound like it belongs in the show) both inserted characters from the long-running animated series into other media and used it to put people in the show that didn't actually guest star (including Donald Trump and Joe Biden).

In an interview with Wired, McSmythurs posited that one "could certainly come up with an episode of The Simpsons that is voiced by the characters in a believable way" — though he made it clear that, because deepfaked voices generally lack the tonal resonance of real ones, it may not be as "enjoyable."

But wait, there's more! A few years ago, someone trained yet another neural network to generate "Simpsons" scripts — which resulted in text so sketchy, the AI's writer called it "Soulless Sam Simon," a reference to the show's deceased cocreator.

Back then, text generation AIs were far from as sophisticated as they are today, and the "scripts" that old bot created came out pretty bizarre, with characters uttering things like "the key glory and the nuclear things would turn them connections tooth room" and "I want you in a wedding out of the solution with the principal's let-madfather to be skin."

But since 2018, when "Soulless Sam Simon" first started unleashing nonsensical hell onto the machine learning community, neural networks have come a long way. We may not yet have deepfaked voice actors or AI-generated phantasmagoria on "The Simpsons," but as the technology gets smarter, so too will the art it spits.

More on AI abominations: Scientists Warn That New AI-Generated Faces Are Seen As More Trustworthy Than Real Ones