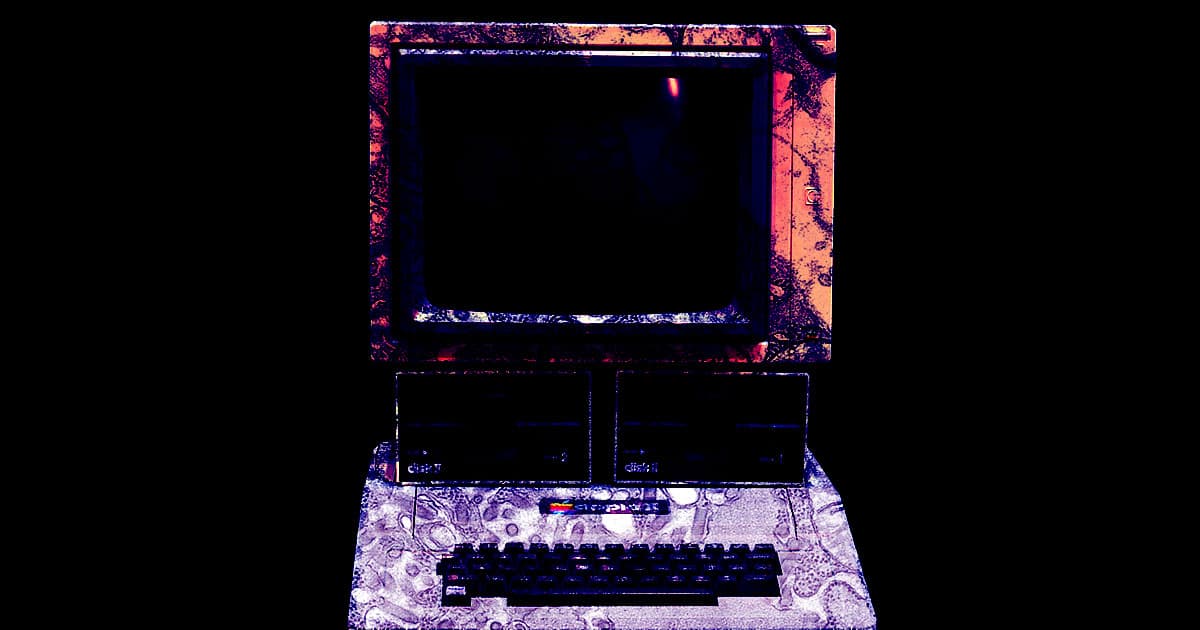 By putting the viruses to work, we can manufacture certain computer parts without melting them in the process.

By putting the viruses to work, we can manufacture certain computer parts without melting them in the process.

When your computer stores data, it has to pause while the information moves from one piece of hardware to another. But that may soon stop being the case, as scientists from MIT and the Singapore University of Technology and Design uncovered a new manufacturing trick that should let them build computers that don't have those annoying delays.

The key is to sit back and let a virus — the biological kind — handle the assembly work. Using a virus called a M13 bacteriophage to manufacture a specific component may unlock phase-change memory systems, a type of digital storage that would speed up any computer using it, according to research published last month in the journal ACS Applied Nano Materials.

The problem these viruses solve comes from the way memory is transferred within a computer. Moving data from high-speed but transient RAM to permanent storage on a hard drive can sometimes take a computer several milliseconds.

Replacing that two-part memory system with a single, catch-all type of storage called phase-change memory would reduce that delay to about ten nanoseconds.

Bug in the System

So fret not. At some point in the future, should this research find its way into computer hardware systems, your lost milliseconds will be returned to you and you'll be far more productive — if you can stay off Twitter.

READ MORE: Researchers use a virus to speed up modern computers [Singapore University of Technology and Design via Phys.org]

More on computer memory: A New Kind of Memory Could Make RAM and ROM Obsolete

MIT Engineers Develop Glowing Plants Using Nanoparticles
12. 19. 17
Read More
MIT Has Developed a Robot that Can Find the Leak in Any Pipe System
7. 28. 17
Read More
More Than Human: Scientist is Building Animal-Like Machines to Save Lives
1. 8. 17
Read More
+Social+Newsletter
TopicsAbout UsContact Us
Copyright ©, Camden Media Inc All Rights Reserved. See our User Agreement, Privacy Policy and Data Use Policy. The material on this site may not be reproduced, distributed, transmitted, cached or otherwise used, except with prior written permission of Futurism. Articles may contain affiliate links which enable us to share in the revenue of any purchases made.
Fonts by Typekit and Monotype.