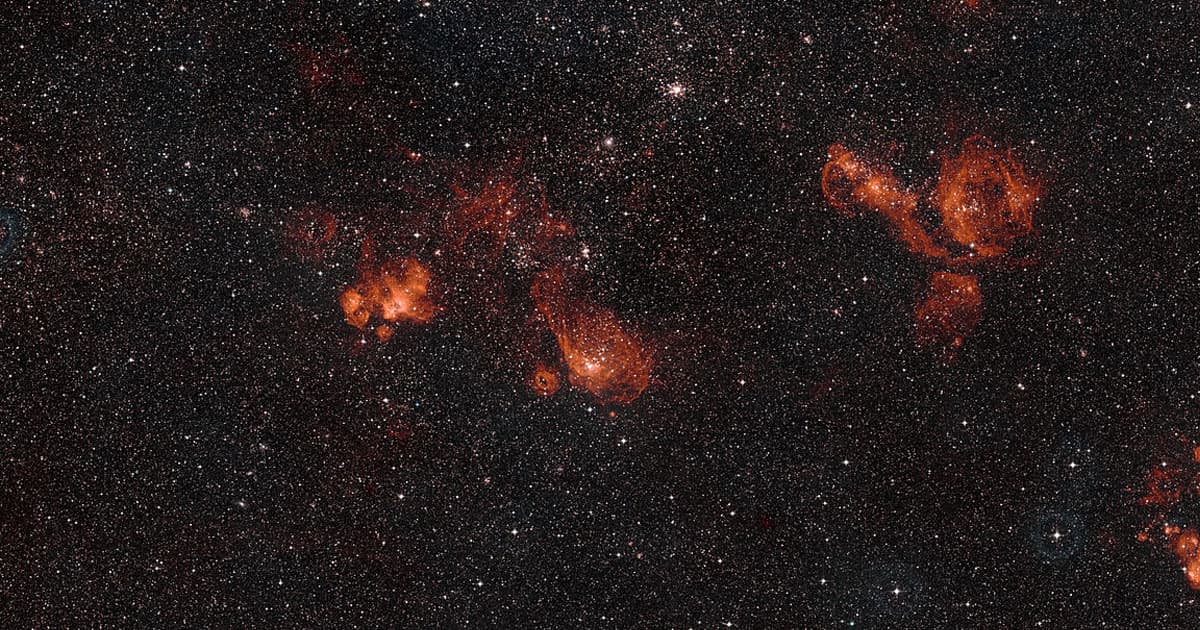 At least six of the Milky Way's satellites used to belong to another galaxy.

At least six of the Milky Way's satellites used to belong to another galaxy.

Orbiting is par for the course in our universe. The Earth orbits the Sun, the Moon orbits the Earth, and more than 50 galaxies orbit the Milky Way, the biggest of those being the Large Magellanic Cloud.

Now, new research indicates that at least six of the galaxies currently orbiting the Milky Way actually used to orbit the Large Magellanic Cloud directly — until our galaxy snatched them away.

A research team led by astronomers at the University of California, Riverside, made the new discovery — detailed in a study set for publication in the journal Monthly Notices of the Royal Astronomical Society — using data collected by the Gaia space telescope.

By comparing Gaia data on the movement of nearby galaxies with powerful simulations of galactic formation, the researchers identified four ultrafaint dwarf galaxies and two more classical dwarf galaxies they believe once orbited the Large Magellanic Cloud, but were ultimately stolen by the Milky Way's gravitational field.

According to the researchers, this information provides us with a better understanding of both our own galaxy's history and galactic formation in general.

"If so many dwarfs came along with the [Large Magellanic Cloud] only recently, that means the properties of the Milky Way satellite population just 1 billion years ago were radically different," researcher Laura Sales said in a press release, "impacting our understanding of how the faintest galaxies form and evolve."

More on galaxies: Scientists Discover a "Ghost of a Galaxy" Orbiting the Milky Way

The Last Strand
Scientists Puzzled by Weird "Strands" at the Center of Our Galaxy
Jan 26
Read More
Shooting Blanks
Astronomers Detect "Bullets" of Gas Shooting Out of Our Galactic Center
8. 20. 20
Read More
Really Really Really Old
Astronomers Puzzled By Ancient Milky Way-Like Galaxy 12 Billion Light-Years Away
8. 13. 20
Read More
+Social+Newsletter
TopicsAbout UsContact Us
Copyright ©, Camden Media Inc All Rights Reserved. See our User Agreement, Privacy Policy and Data Use Policy. The material on this site may not be reproduced, distributed, transmitted, cached or otherwise used, except with prior written permission of Futurism. Articles may contain affiliate links which enable us to share in the revenue of any purchases made.
Fonts by Typekit and Monotype.