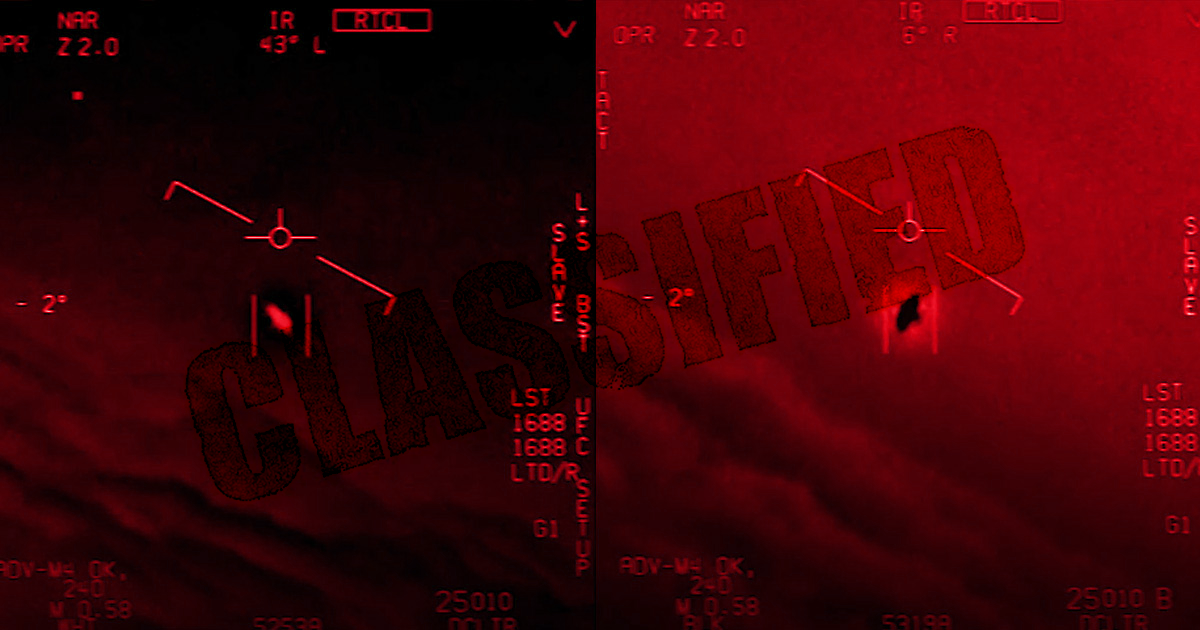 US Military Admits It Has Secret Footage of UFO Incident

Pentagon spokesperson: "the release of these materials would cause exceptionally grave damage to the National Security of the United States."

Pentagon spokesperson: "the release of these materials would cause exceptionally grave damage to the National Security of the United States."

In December 2017, the New York Times published a story detailing a 2004 incident in which Navy pilots encountered a series of mysterious “Tic Tac-shaped” objects that seemed to defy the laws of physics.

Now, Motherboard reports that the U.S. Navy appears to be be holding on to documentation and more footage of the strange encounter, and is refusing to make either public.

A review of the materials, a Pentagon spokesperson said in response to a freedom of information request by researcher Christian Lambright, “determined that the release of these materials would cause exceptionally grave damage to the National Security of the United States.”

The Navy spokesperson declined to comment on the contents of the video, which is classified “SECRET.”

“As Navy and my office have stated previously, as the investigation of [unidentified aerial phenomenon] sightings is ongoing, we will not publicly discuss individual sighting reports/observations,” the spokesperson told Motherboard.