An upcoming report will likely leave a lot of questions unanswered. 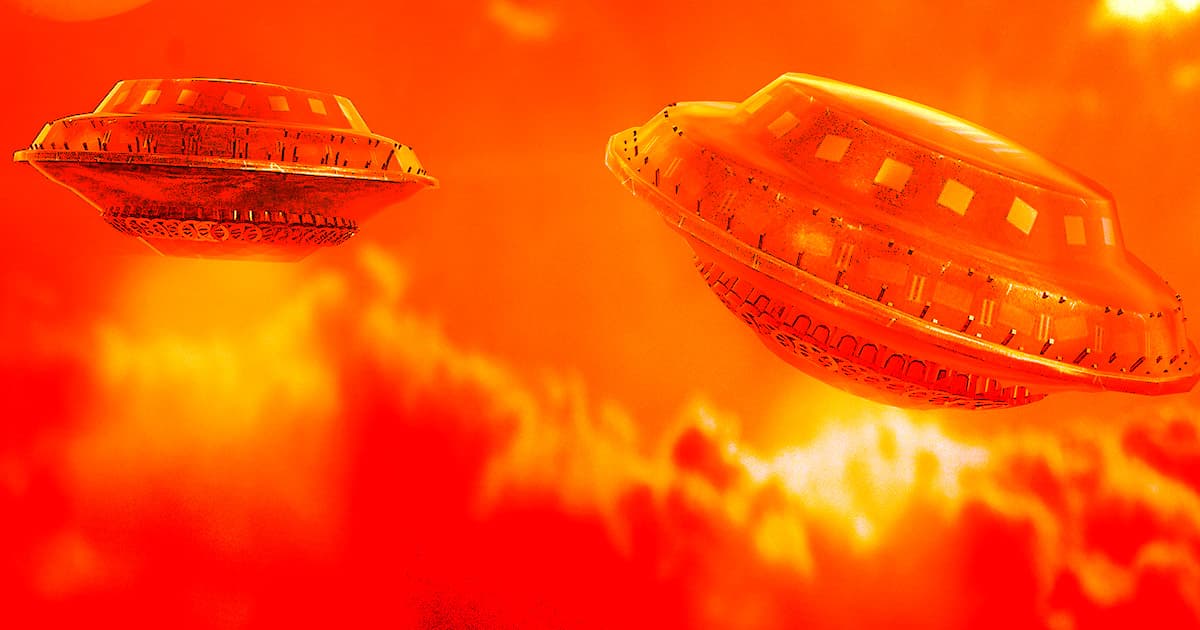 Sometime this month, Congress is set to release the unclassified version of a long-awaited report into sightings of "unidentified aerial phenomena," the culmination of various reports by military personnel of mysterious UFOs that have at times appeared to defy the laws of physics.

Ahead of the release, reporters at The New York Times have gotten an advanced briefing of what we can expect to find in the report. In short, the report will remain unsurprisingly vague — in other words, the government's best minds appear to remain stumped.

According to the newspaper's sources among US officials, the one certainty that will come out of the report is the fact that most of the more than 120 incidents on record did not originate from any secret projects by the US military.

Beyond that, they say the report has little to add in concrete findings, suggesting that despite their best efforts, the military has made very little headway in figuring out what's going on with the unidentified objects.

Thanks to the report's ambiguity, in fact, the military isn't able to "definitively rule out theories that the phenomena observed by military pilots might be alien spacecraft," according to the NYT's reporting.

A classified annex will "not contain any evidence concluding that the phenomena are alien spacecraft," according to the NYT. But this annex will remain off limits from the public and could "continue to fuel speculation that the government had secret data about alien visitations to Earth," the reporters write.

In other words, the report could ultimately be of little consequence — but at the same time, it's unlikely to dissuade true believers from continuing to speculate about alien encounters.

The news comes after several high-profile interviews have reignited the discussion surrounding UFOs. Even former US president Barack Obama elaborated on his opinion in a recent interview on the CBS' "The Late Late Show with James Corden."

"What is true, and I’m actually being serious here," Obama said on the show, "is that there is footage and records of objects in the skies that we don’t know exactly what they are."

"When it comes to aliens, there are things I just can’t tell you on air," he added, laughing.

READ MORE: U.S. Finds No Evidence of Alien Technology in Flying Objects, but Can’t Rule It Out, Either [The New York Times]

Read This Next
Okay Then
Millionaire Refurbishing Cold War Radar Unit to Hunt UFOs
Out There
Former Pentagon Officials Say Family of UFO Investigator Reported Creature Peering into Their House
Futurism
Former Official: UFO Report Actually Strengthens "Alien Hypothesis"
Close Encounters of the Bored Kind
The Long-Awaited UFO Report Was Honestly Kind of Disappointing
Obama
Barack Obama: "When It Comes to Aliens, There Are Things I Just Can’t Tell You on Air"
More on Future Society
Down in Flames
Yesterday on the byte
Elon Musk Apparently Thinks Twitter Is a "Flaming Dumpster Rolling Down the Street"
All Tomorrow's Pa...
Yesterday on the byte
Party Startup Says It Has Zero Plans to Make Any Money With Investors' Funds
Primate Theft
Tuesday on the byte
It Was a Very Bad Weekend for Monkeys Being Stolen From Zoos, Apparently
READ MORE STORIES ABOUT / Future Society
Keep up.
Subscribe to our daily newsletter to keep in touch with the subjects shaping our future.
+Social+Newsletter
TopicsAbout UsContact Us
Copyright ©, Camden Media Inc All Rights Reserved. See our User Agreement, Privacy Policy and Data Use Policy. The material on this site may not be reproduced, distributed, transmitted, cached or otherwise used, except with prior written permission of Futurism. Articles may contain affiliate links which enable us to share in the revenue of any purchases made.
Fonts by Typekit and Monotype.