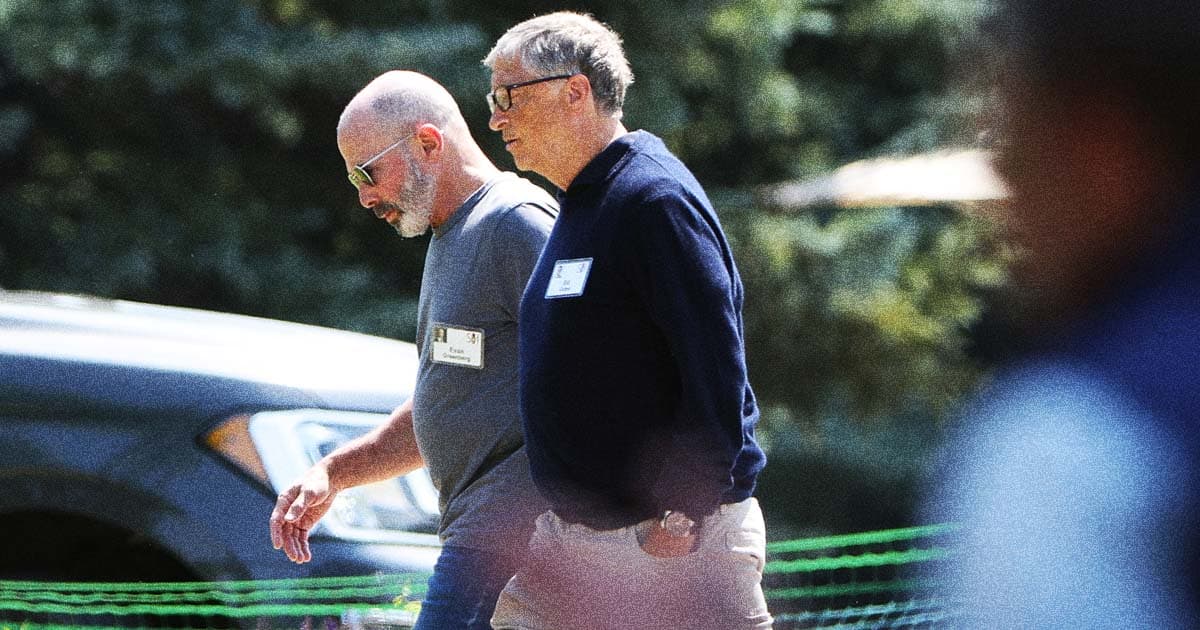 Bill Gates has spent the years since retiring from Microsoft cultivating an image as a lovable, philanthropic nerd.

But reports keep emerging of bad behavior by the powerful software billionaire — mistreating and sexually propositioning employees, not to mention his friendship with now-deceased sex trafficker Jeffrey Epstein.

And the latest revelation, reported by the Wall Street Journal, is that in 2008 the company's top lawyer and top HR officer had to team up to warn Gates to stop hitting on a female employee via email — meaning that even back when Gates was the chairman of Microsoft's board, the company was well aware of his problematic behavior.

Gates' camp is pushing back against the reporting.

"These claims are false, recycled rumors from sources who have no direct knowledge, and in some cases have significant conflicts of interest," a Gates spokesperson told the WSJ.

But Microsoft seemed to confirm that both the emails and the company's response to them were real.

"While flirtatious, they were not overtly sexual, but were deemed to be inappropriate," a Microsoft spokesperson told the WSJ.

On the most basic level, it's probably not very surprising these days to hear about new sex allegations about Gates, especially in the context of his high-profile divorce.

What is interesting, though, is that Microsoft seems to be contradicting its own founder's claims so directly. It raises the question of what, and how much, would need to emerge about Gates to endanger his carefully-cultivated post-Microsoft career as a public thinker and philanthropist.

More on Bill Gates: Bill Gates, Who Wants to Geoengineer the Earth, Is Getting a Divorce

Might See Nonsense
MSN Fired Its Human Journalists and Replaced Them With AI That Publishes Fake News About Mermaids and Bigfoot
12. 2. 22
Read More
Market Madness
Bill Gates Says He's Quite Concerned About the Global Economy
5. 10. 22
Read More
Evil Personified
Melinda Gates Slams Ex-Husband for Friendship With "Abhorrent" Jeffrey Epstein
3. 3. 22
Read More
+Social+Newsletter
TopicsAbout UsContact Us
Copyright ©, Camden Media Inc All Rights Reserved. See our User Agreement, Privacy Policy and Data Use Policy. The material on this site may not be reproduced, distributed, transmitted, cached or otherwise used, except with prior written permission of Futurism. Articles may contain affiliate links which enable us to share in the revenue of any purchases made.
Fonts by Typekit and Monotype.